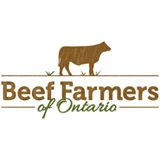 On behalf of their combined membership of 60,000 farmers, the Beef Farmers of Ontario (BFO), Ontario Sheep Farmers (OSF) and the Ontario Federation of Agriculture (OFA), are pleased by the changes made to the Ontario Wildlife Damage Compensation Program (OWDCP) announced Monday by Ernie Hardeman, Ontario Minister of Agriculture, Food and Rural Affairs.

The three leadership organizations are also encouraged by the Minister’s stated commitment to introduce further program improvements in the coming months, in consultation with industry stakeholders.

The OWDCP is an important program for livestock farmers in Ontario, particularly for those in the beef and sheep sectors where conflicts with wildlife are common and result in significant economic losses for both farmers and the broader agri-food economy.

“We are encouraged by Minister Hardeman’s swift response to begin addressing some of the concerns that have been raised by farmers and industry with respect to the Ontario Wildlife Damage Compensation Program,” said BFO President Joe Hill. “We have heard loud and clear from our membership that the current operation of the program is producing frustrating and unpredictable results.”

The three organizations issued a set of recommendations and a summary of key concerns to the province in February of this year. The submission was developed jointly and informed by consultation with farmers, livestock investigators, municipalities, and subject matter experts from across Canada and the United States.

The respective organizations also participated in OMAFRA-led program evaluation focus group sessions that were held this past winter.

“Today’s announcement is a positive step in the right direction and an important signal to farm groups that the province is serious about making meaningful program changes that ensure farmers are provided fair and responsive compensation for losses incurred due to conflicts with predators,” said OSF Chair Robert Scott.

“OFA would like to thank the government for taking swift action to address the Farm Business Registration requirement that was denying livestock farmers legitimate claims due to a technicality, and we look forward to working with the government to implement all of the changes required to restore producer confidence in the program,” stated OFA President Keith Currie.

The three farm groups look forward to continued discussion with Minister Hardeman and his staff on this file.