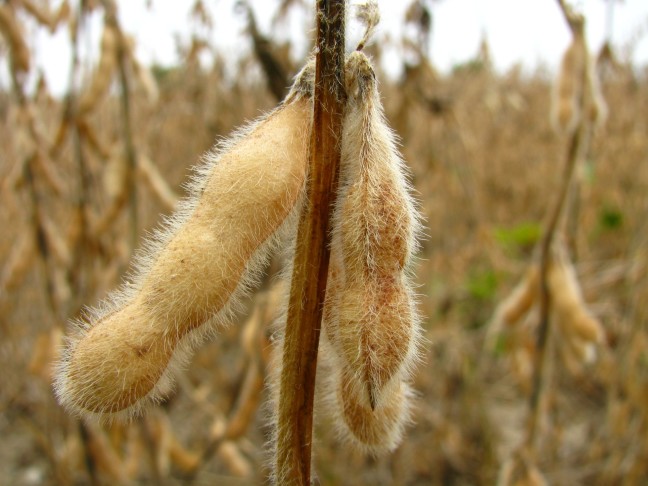 Record corn and soybean harvests are forecasted in some parts of southern Ontario after a dramatic turnaround in growing conditions through August.

Earlier this summer, spotty and isolated precipitation – often in the same field, and certainly in the same township – had producers expecting mostly average crops.

But then came August, with its combination of above-average temperatures, humidity and evenly spread rainfall. In the Kitchener area, for example, temperatures dipped below the average for just two days. They were two degrees Celsius higher than average.
That’s a great one-two punch for producing yield – and that’s exactly what’s happened, in fields throughout southern and southwestern Ontario.

“It looks like a bumper crop,” says John Nooyen, a producer from Chatham, Ont. “I’ve never seen soybeans and corn like this before. It could be the biggest year ever for us.”

Even though he planted corn late because of unfavourable spring conditions, he’s expecting yields 10 per cent higher than last year, which were already an impressive 227 bushels per acre.

And he believes some of his soybean fields could yield around 70 bushels per acre.

“We were pretty lucky, given the hit and miss showers in this area,” he says. “The corn crop now looks better than we’ve seen in the last few years, with all the heat and humidity and rain that eventually came on a regular basis. It pulled the corn out of drought stress. Big cobs, big yields.”

Pastink is further enthused about his hay crop, which was likewise challenged by spotty rain at the start of summer.

“Our second cut was significantly lower yielding, as can be expected from the lack of rain,” he says. “At the time, we merged a 100-acre farm into eight windrows because of the lack of volume.”

But the crop improved later in July and August. This week, he’s finishing his third cut, which has ended up being a good crop.

“We averted a disaster,” he says. “Back in June it was dry, then followed by intense rain, up to six inches in a single event, in isolated locations. But in August, things changed and now everyone has received the rain they need, along with the hot weather.”

Disease pressure that might normally be associated with wet weather was staved off. Aphids and white mould were present in some fields, but by the time they arrived, plants had already matured.

“The yield is set, nothing can change that,” says Cowan. “It’s just a matter of getting good harvest weather.”