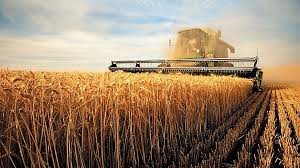 on December 5 | in Ag News | by Jodie Deprez | with Comments Off on BMO NORTH AMERICAN FARM REPORT: YET ANOTHER BULKY HARVEST

Favourable growing conditions in Ontario are expected to yield a record corn crop for Canada, while crop yields in the U.S. are expected to be above trend for the sixth year in a row, according to the BMO 2018 North American Harvest Report.

Canadian farmers in the country’s largest agricultural regions saw composite crop yields – consisting of corn, soybeans, wheat and canola – come in below trend for a second straight season. Growing conditions have been most challenging on the Prairies, where hot, dry weather parched wheat and canola fields in the spring. Poor weather has also had an adverse effect on the Prairie harvest, which could also erode crop yields and quality. Ontario, in contrast, has seen more favourable growing conditions, which are expected to result in the largest Canadian corn crop on record.

“Weather conditions in Western Canada have dampened the crop production that Canadian producers might have had,” said Adam Vervoort, Head of Agriculture Banking, BMO Financial Group. “The agriculture sector is important to Canada and its economy, so we will continue to look for ways to help like introducing loan programs for young Canadians either in or looking to get into the agriculture sector.”

Mr. Vervoort noted that conditions in Ontario more closely mirrored those seen in the United States. Coupled with the low Canadian dollar, Ontario producers are well-positioned to realize solid revenue this year.

Rising interest rates and wages are expected to weigh on profitability.

With Canadian farmers seeing an increase in farm revenue, some should be in a good position to invest in their operations, continued Mr. Vervoort. “Technology is providing farm operators a significant opportunity to drive greater efficiency in their operations. Even with moderately climbing interest rates, improved efficiencies in farm operations should help improve profitability and cash flows, leaving farmers better positioned to handle interest rate bumps.”

The U.S., once again, is having a healthy harvest. For the sixth straight season, crop yields are expected to come in above trend. As a result of helpful growing conditions, soybean yields are likely to reach a record high this year. In the corn space, largely supported by solid growing conditions in the Midwest, the harvest is expected to be the second largest on record. Wheat yields, too, are shaping up to be the second-strongest on record and, with market balance now moving in the right direction, wheat is the one major crop to have seen a meaningful improvement in prices this year.

However, strong crop production is also weighing heavily on key U.S. crop prices. Crop prices in the U.S. have also been weighed down by trade disputes, which are making some crop products more expensive for foreign buyers. Rising costs and wages are also expected to put added financial pressure on U.S. agricultural producers.

“Growing conditions in the main agricultural regions across the U.S. remain impressively strong, especially when compared against Canada and, to a lesser extent, the rest of the world,” said Sam Miller, Managing Director and Head, Agriculture, BMO Harris Bank. “Some crop products like soybeans have been hit harder by trade challenges, and lower prices across products are impacting revenue. But strong demand growth provides some relief during this challenging time for grain farmers.”

The full report can be found on the BMO Capital Markets website.

« THE SOUTHWEST AGRICULTURAL CONFERENCE: THE ROAD AHEAD CAHRC PREDICTS AG LABOUR GAP OF 114,000 WORKERS BY 2025 »