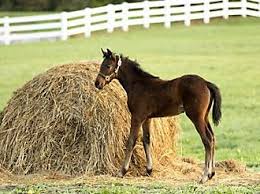 From the OMAFRA Field Crops Team

Rain delays in 2017 pushed harvest in some areas into the critical fall harvest period. Root reserves that contribute to winter hardiness and promote spring growth were reduced. Many fields across the province were harvested when soils were still wet from frequent rainfall. Soil compaction in forage fields was a silent yield thief in 2018; research has shown compaction can reduce yields between 6-75% in grass stands.
Winter conditions were equally challenging: across the province, several freeze-thaw cycles occurred between January and April. While agronomists report most of the province experienced less alfalfa winter-kill than expected, northeastern Ontario had severe winter-kill in alfalfa and grasses. Winter injury was most common in low-lying areas, heavy-textured soils, and fields that were harvested late or had late manure applications the previous fall.

Cool, wet spring weather delayed green-up by approximately two weeks in most of Ontario. These conditions allowed grasses in mixed stands to mature more quickly than alfalfa. There were more acres insured under Agricorp’s New Forage Seeding Plan in 2018 than 2017. Warm temperatures at the end of May allowed growing degree days to accumulate rapidly, which sped up the development of both alfalfa and alfalfa weevil. Due to wet conditions in 2017 and spring of 2018, fungicide applications were a popular topic of discussion for alfalfa growers.

Farmers report first cut yields were good in southwestern Ontario, variable across the central part of the province, and lower than average in eastern and northern Ontario. Despite ample opportunity to make first cut hay in most of the province, there is a wide range in quality caused by the difference in maturity between grasses and legumes.

For second and subsequent cuts, producers reported that dry conditions meant yields were generally below average, and prevented some fields from growing through pest damage. Boron deficiency was visible in some fields. Environment Canada stations recorded higher than average rainfall in August and the resulting forage growth prompted many late harvests to increase feed inventories. Farmers reported yields from harvests after the rain returned were normal or higher than average. Overall, potato leafhopper pressure was lower than in 2017.

In general, ash content in feed analysis reports was high (above 9%) and tended to increase with subsequent cuts, indicating soil contamination. Raising the cutter bar can reduce the amount of soil thrown into the crop. Lab reports indicate cool spring conditions increased the likelihood of sulphur deficiency in first cut alfalfa.

Many farmers reported turning livestock out to pasture earlier than normal in response to limited supplies of high-quality hay over last winter. Turning out livestock before pasture grasses have 3-4 leaves will reduce total yield for the season. Dry summer conditions meant pasture regrowth was slow, and many producers started feeding hay to pastured animals two to four weeks earlier than usual in response to the “summer slump.”

Cool, wet spring weather delayed silage corn planting in some parts of the province. Silage harvest started in earnest the week of September 17 in southwestern and eastern Ontario, with central Ontario about one week behind. Farmers indicate silage corn was dryer than expected at harvest. Labs are reporting normal nutritional quality in corn silage; however, wet fall conditions prior to harvest may cause elevated mycotoxin levels in silage. Testing for DON is used as an indicator of whether mycotoxins are likely to be a concern. Producers should talk with their feed advisor or veterinarian about mycotoxin testing their silage after fermentation is complete and before feeding it. The results will help determine if additional management is needed when feeding out.

More acres of cereals and cereal/pea mixes were planted after winter wheat to increase feed inventories. Crown rust was common in oats with some growers applying a fungicide to those fields harvested for forages. Some cow-calf producers have reported difficulties in getting animals to graze heavy rust-contaminated crops properly.

An estimated 10% of Ontario’s forage and pasture acreage is covered under production insurance. Variable rainfall in 2018 resulted in Agricorp’s Forage Rainfall Plan paying $3.4 million in claims for the insufficient rainfall option, and $900,000 for the excess rainfall option. 2018 was one of the highest payout years in the Forage Rainfall Plan, after 2016 ($7.5 million) and 2012 ($5.7 million).

Agricorp reported a significant increase in insured acres under their New Forage Seeding Plan planted after June 30, which covers summer-seeded perennial forages and some double-crop forages and cover crops.