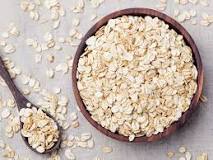 on February 21 | in Ag News | by Jodie Deprez | with Comments Off on NEW FUNDING FOR CORN, OAT, AND SOYBEAN RESEARCH WILL BENEFIT GRAIN FARMERS

Grain Farmers of Ontario is pleased with new research funding that has been directed to the national Corn Project and national Oat Project. This new funding, along with the previous week’s announcement of research investment dollars for the Soybean Cluster, brings more than $14 million to research projects that will greatly benefit grain farmers in Ontario.

As part of its involvement with the Canadian Field Crop Research Alliance (CFCRA), Grain Farmers of Ontario collaborated with organizations across Canada to access federal funding under the Canadian Agriculture Partnership’s AgriScience Program. Agriculture and Agri-Food Canada (AAFC) has committed $9.5 million to this research, with industry funders contributing an additional $4.9 million.

“Research that furthers the development of new varieties that have greater resiliency, quality, and yield benefits is vital to Canadian agriculture,” said Markus Haerle, Chair, Grain Farmers of Ontario. “We welcome the Government of Canada’s commitment to supporting grain farmers in Ontario through these research investments and thank them for their work with the CFCRA.”

Research in these grain projects will have great benefits to grain farmers, including:

“We very much appreciate the federal government’s continued commitment to agriculture investment,” said Barry Senft, CEO, Grain Farmers of Ontario. “Grain farming in Ontario is the basis for 40,000 jobs in the province, and we need new and innovative ways to meet the demands on our farmer-members for high quality and competitive yields in a global marketplace.”

The Partnership is a five-year, $3 billion investment by federal, provincial and territorial governments to strengthen the agriculture and agri-food sector. The Partnership builds on Growing Forward 2, the previous five-year agreement that ended on March 31, 2018.