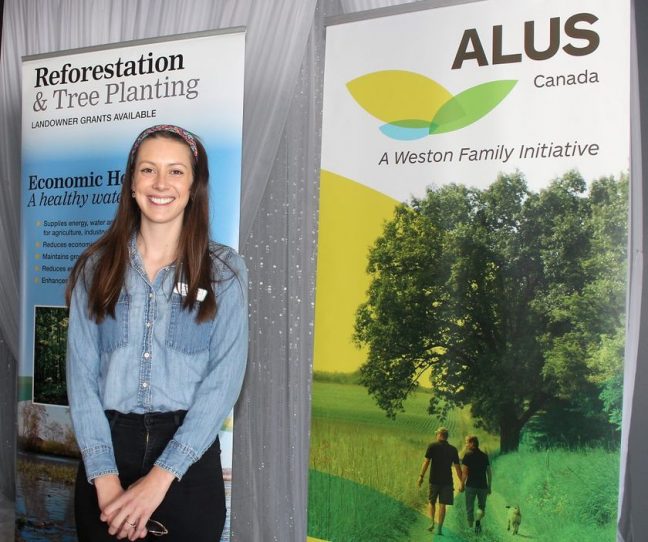 Chatham-Kent farmers who have sections of land that don’t produce well or are in a sensitive location along a ditch or drain, can now access a program to receive some compensation to take these areas out of production, while benefiting the environment.

The program uses the expertise of the LTVCA to convert lands into grasslands, wetlands or woodlands, while offering per-acre payments for the management and maintenance of these projects.

“We’re not looking at taking prime tomato ground out of production,” Buis said. “What we’re looking at is the marginal areas, the areas that aren’t producing; let’s see if we can find a better use for them, still recognizing that the land has value.”

Chatham-Kent is the 23rd community in Canada to have an ALUS program and the eighth in Ontario.

Co-chair Chris White said, “This program recognizes the fact you’re taking land out of production and that land was generating income for you.”

Noting compensation probably won’t replace all the income generated by the land, he said, “To my knowledge, ALUS is the only program that recognizes and addresses that concern.”

The program operates on a five year agreement, but is voluntary so the landowner can exit at anytime. As well, if the land is sold, a contract with ALUS is not binding on the new owner.

“The general idea is you commit to a five-year program, see if it works, and then we would have a conversation after five years to go forward after that,” White said.

Buis said it’s a co-operative venture with the landowner and ALUS working together “to come up with a project that works for everybody, that’s environmentally correct and environmentally sustainable and beneficial.”

Amanda Blain, co-ordinator of the ALUS Chatham-Kent program, said those interested in participating can contact her at 519-354-7310 ext. 234 or amanda.blain@ltvca.ca to make an appointment.

“We will work with farmers and ranchers to help establish projects that address important local environmental issues, such as deforestation, habitat loss and nutrient loading in Lake Erie, she said.

Blain will do a site visit to discuss with the landowner what land they want to use for the program. From there, she brings the information to the PAC – made up of local farmers and others in the agriculture industry – who decide which projects will be funded.

When asked what a typical project looks like, Blain said, “It really varies. Right now, it seems like wetlands are really popular.”

She said wetlands also require an upland component, because it’s not proper habitat if you have open wetlands.

“We’ll need to do some tallgrass prairie around it or maybe some shrubs or trees to have the wetland and upland component together.”

All projects must be in Chatham-Kent. However, Blain said the LTVCA jurisdiction doesn’t include Wallaceburg or Dresden, but ALUS Chatham-Kent does.

She said projects in those areas would involve working with the St. Clair Region Conservation Authority for trees and seeds.

Buis said although Thursday was the official launch of the program, several applications have been received.

“We’ve been looking at a number of projects already,” he said.