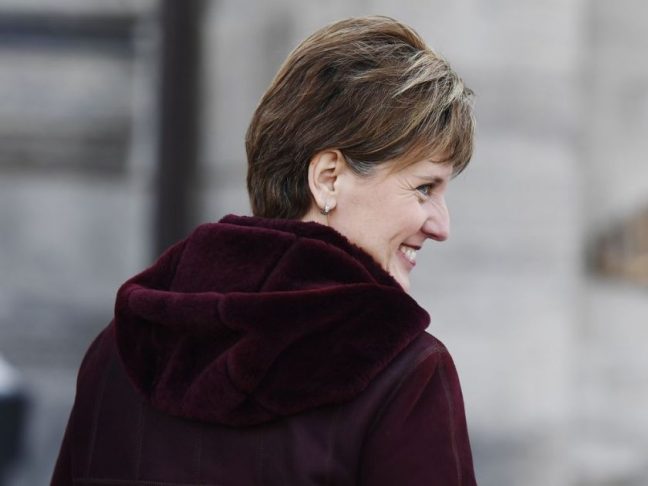 Canadian farmers and the agriculture industry are working with a new agriculture minister. Following a cabinet shuffle on Friday, Marie-Claude Bibeau moved into the post as Minister of Agriculture and Agri-Food Canada. The mini-shuffle was needed to fill the opening created by Jody Wilson-Raybould’s resignation.

Bibeau, the former Minister of International Development, becomes Canada’s first female agriculture minister. Elected as the MP for Compton-Stanstead in October 2015, Bibeau began her career at the Canadian International Development Agency and went on postings to Morocco and Benin. After settling down with her family in Quebec’s Eastern Townships, she became a successful businesswoman and was actively involved in her community.

In the other move, Maryam Monsef becomes Minister of International Development while retaining her role as Minister for Women and Gender Equality.

Following the news of the cabinet shuffle, the Grain Farmers of Ontario said it looks forward to working with Bibeau on key issues, including the modernization of Business Risk Management programs, the support of existing markets, the finalization and ratification of the USMCA, and the expansion into new markets including a free trade agreement with China.

“Grain farmers are a vital part of the Canadian economy, and we have always been active partners and provided relevant information when engaged by the government. We hope Minister Bibeau will continue to engage our organization to help make positive changes on risk management programs, trade, and market development,” said Markus Haerle, Chair of Grain Farmers of Ontario, in a news release.

The GFO also offered its thanks to Lawrence MacAulay for his efforts advancing the interests of grain and oilseed farmers in his former capacity as the Minister of Agriculture and Agri-Food.