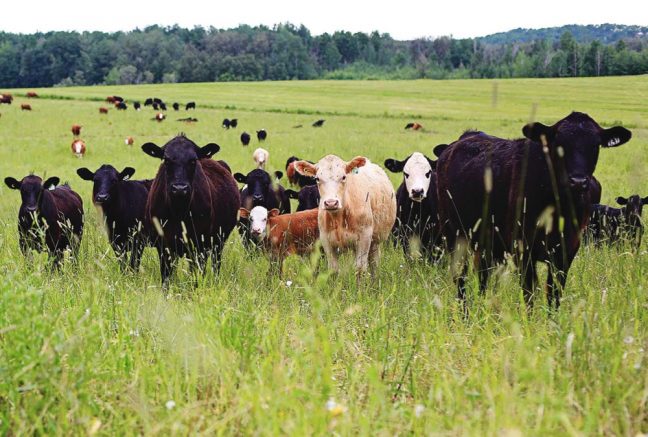 The snow in the north and wet weather in the rest of the province continues to prevent field work from occurring across the province. Widespread rain over the Easter weekend of 30 to 80 mm will delay field operations for another week. Temperatures are slowly improving with highs in the low double digits up to 20°C in the southwest part of the province.

The wheat has greened up nicely and is growing quickly in the warmer parts of the province. In other areas, growth has been slower and it will be a little longer before decisions can be made to keep the wheat or not. September planted winter wheat still looks the best, but significant dead areas from ice damage have become more obvious. The issue for many is there may not be enough “holes” in the early wheat to take it out, but it will have an impact on wheat yields. Heavy rain over the weekend has exacerbated these problem areas.

Some livestock producers are seeding oats into wheat for straw. It will be difficult to predict straw prices until the final acreage is determined.

The October planted wheat, which two weeks ago looked good, has, in some cases, deteriorated. Other areas such as London to Oxford on the good untiled ground are seeing similar issues, and many of these fields are being written off. It is hard to tell how many acres of wheat will be left through to harvest. It is extremely rare to lose more than 10% of the acreage across the province, but this year it could be 20-30%.

Some marginal wheat fields will be kept for various other reasons (want to tile, keep rotation, etc.). Where wheat stands are poor make sure weeds are controlled. Very little red clover was applied this year, down about 65%. In the southwest, 20-25% of the nitrogen is applied with 10-15% across the province.

Some farmers don’t want to put N on until they are sure they are keeping their wheat as they want to go to soybeans. Many growers are planning on splitting the nitrogen as they are still unsure of how the wheat is going to progress. If planning on applying a growth regulator such as Manipulator, stage carefully. The early wheat has taken off and is growing quickly. Optimum timing is GS 30-31 (growing point beginning to move). Stripe rust and leaf rust reports have increased in the southern U.S. but still at low levels. Leaf rust in Kansas and the Gulf states is more common than stripe rust. Wheat in southern Kansas is heading. Risk is low for stripe rust so far.

In the southwest part of the province, it appears the alfalfa crop has wintered well. In other areas, time will tell. As the crop begins to green up, scout fields to determine winter survival.

One or two corn fields have been planted in the southwest part of the province. Corn acres will likely be up 3 to 7 % this year.

Soybean acreage will likely be flat to slightly down this year, but as more wheat acres are replanted, soybeans will get a share of these acres. Seed companies are getting requests for short-season soybean seed to allow for early harvest and wheat planting.

April 21 to 27 was National Soil Conservation Week and a good time to commend those who are protecting their soil from erosion and improving its health. It is also a good time to look at fields to see if they suffered soil loss by wind or water this past fall and winter. Less snow cover and very high winds caused the soil to blow from unprotected fields. Heavy rains and some quick snow melts contributed to significant rill and gully erosion in many fields. The lost soil is high in nutrients and highest in organic matter. Now is a good time to evaluate those losses and make plans to improve soil cover. Where rills and gullies are a perennial problem, it is probably time to consider one or more erosion control structures. Contact an erosion control contractor to suggest a solution. Funding is available to assist with funding erosion control projects and other soil management practices from the Canadian Agricultural Partnership through the Ontario Soil and Crop Improvement Association.

The soil in most areas received a lot of moisture in April. As the calendar marches on and the urge to get the crop planted gets stronger, remember to check fields to see if they are fit to avoid compacting the soil. Some other preventative measures include: minimizing field traffic; know equipment weight and try to keep it below 5 tons per axle; target tire pressure to less than 15 psi and use high volume tires. Improving soil structure through good crop rotation and adding organic amendments will help the soil resist compaction. It only takes one pass to cause soil compaction, but the impact can be felt for years.