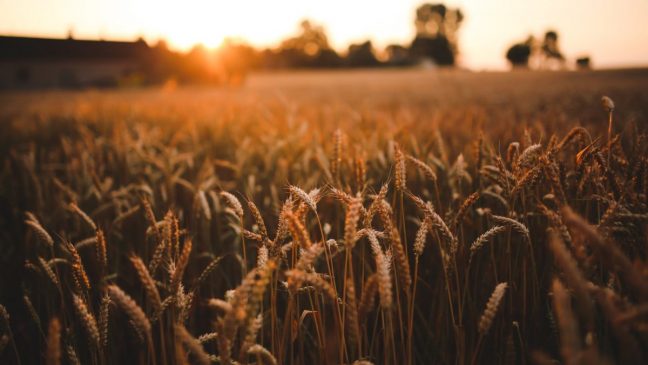 Planting progress remains slow for all crops, and spray applications have also been significantly delayed by poor weather. Temperatures forecasted for early June are relatively cool, remaining around or below the 20°C mark in many regions.

Corn planting progress at the end of May was estimated to be less than 50% complete. In some regions, corn planting at the end of May was followed by between 2” and 7” inches of rain. To determine if replanting is necessary, conduct multiple stand counts in the field, and observe the uniformity, plant size and distribution of the plants in the rows. Yields can be reduced by 2% if the stand has several 30–90 cm (12–36 in) gaps. Yield reductions will be greater with more numerous and longer gaps between plants within the row. Consult the OMAFRA Agronomy Guide for more detail on replant decisions or go to GoCorn.net to access the Replant Decision Aid.

By the end of May, soybean planting progress in Ontario was estimated to be 5% complete or less. If planting is delayed past June 1st, assess whether your variety is adapted or long for your region. An adapted variety still has over 90% yield potential when seeded in early June. Seeding a shorter season variety will lower yield potential. Plant the longest maturing variety that will mature in the fall. If the field is intended for winter wheat, choose a variety that is about 1.0 maturity group less to allow for a timely harvest.

Soybean yield is largely determined by the number of pods per acre. Since later planting will result in plants with fewer pods compensate by increasing the number of plants per acre. After June 1st increase seeding rates by 10%.

Physiological flecking has been observed in some fields. If it is cloudy for an extended period, the wheat leaf cuticles can be thin, and when conditions turn sunny, free radicals form in the leaf and cause flecking. The flecking can be variety dependent. Flecking does not cause yield loss when it is minimal or occurs at flag leaf or beyond. If the leaf turns totally brown, there can be yield loss. Fungicides do not protect the plant from physiological flecking. Flecking is typically more uniform across the field than diseases, and diseases start at the bottom of the plant and move upwards unlike flecking.

The risk of frost has likely passed in dry bean growing regions. Trials at Exeter and Ridgetown have shown that June 1st plantings frequently have the highest yield, but planting should occur when conditions are fit. Heavy rain after planting can have a greater negative impact on yield than planting date. In 2014 at Ridgetown, planting dates from May 20th to June 20th all yielded the same; however, in some cases planting on June 20th yielded 20% less than planting on May 30th.

Most winter canola is in full bloom, beyond fungicide application timing. Fields should be scouted for cabbage seedpod weevil from bud stages through flowering using a sweep net. Weevil larvae eat seed in pods but compromise pod integrity when they chew their way out of pods, leading to shatter losses. Fields scouted at the end of May in Essex and Chatham-Kent appeared to be free of weevils.

Spring canola planting has been delayed by wet weather. It is estimated that approximately one-third of the intended acres have been planted. June planted canola can be successful with careful monitoring and control of swede midge, and if conditions cooperate during flowering. Temperatures above 28°C can cause abortion of flowers and pods, but heat stress is mitigated if moisture is adequate.

Grasses are maturing faster than legumes, and some are heading out despite low yield from lack of sunshine. Quality declines quickly when plants reach reproductive stages, and grasses lose quality faster than legumes. For every day of delay, the value of forage quality lost is worth more than the value of corn yield loss. If these operations overlap, livestock producers may be better off to park the planter and get the hay crop harvested because it is much easier to replace the energy from the corn than the quality from the hay. With the cool, wet conditions and later first cut, it’s worth considering a fungicide on hay crops but watch the product pre-harvest intervals. Producers looking for alternative forages could plant some full-season corn hybrids being returned to seed suppliers for silage to get some tonnage.