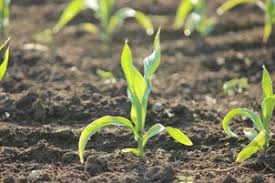 on June 20 | in Ag News | by Jodie Deprez | with Comments Off on CANADIAN CORN AND WHEAT STOCKS LOWER; SOYBEANS AND CANOLA HIGHER

On March 31, 2019, stocks of Canadian wheat, barley, corn for grain, oats, dry peas and lentils were down compared with the same date in 2018. Conversely, stocks of canola and soybeans were up year over year. Lower stocks were generally a result of lower on-farm stocks.

Stocks of corn for grain were down 5.2% compared with the same date one year earlier, to 8.3 million tonnes. The decrease in total corn stocks was led by on-farm stocks which fell 11.9% to 5.9 million tonnes, offsetting an increase in commercial stocks (+16.2%, to 2.4 million tonnes).

Total wheat stocks decreased 4.3% from the same day a year earlier to 15.7 million tonnes on March 31. The decrease was led by on-farm stocks, which fell 10.3% year over year to 11.4 million tonnes. In contrast, commercial stocks of wheat were up 16.4% to 4.3 million tonnes.

At the national level, exports of wheat increased 9.1% from the previous year to 15.7 million tonnes on March 31, the highest level on record for this period. Higher exports were likely driven by strong global demand coupled with lower competition from other major wheat-producing countries.

Canola stocks increased 10.5% year over year, rising to 10 million tonnes on March 31. The increase was led by on-farm stocks which increased by 16.5% compared with the previous year to 8.8 million tonnes, while commercial stocks fell 20% to 1.2 million tonnes.

Higher stocks on March 31 were a result of fewer deliveries and lower exports in the first quarter of the calendar year. Deliveries continued to be slowed by lower producer prices, which fell from above $500 during the same time in 2018 to under $460 in 2019, and reduced export demand, which in turn was pressured in part by high global oilseed stocks.

Similarly, exports of lentils grew 41.8% compared with the same date one year earlier to 1.4 million tonnes, despite ongoing tariffs.