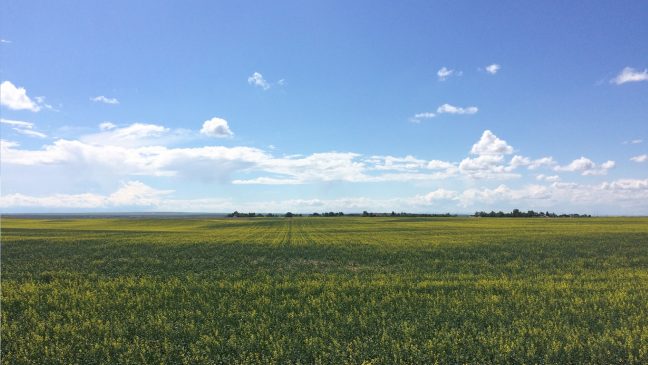 The average value of Canadian farmland increased by 6.6 per cent in 2018, following gains of 8.4 per cent in 2017 and 7.9 per cent in 2016. In its annual Farmland Values Report, Farm Credit Canada (FCC notes that average farmland values increased in most provinces. Nova Scotia was the lone exception.

Quebec experienced the highest average increase at 8.3 per cent, followed by Saskatchewan and Alberta, both at 7.4 per cent, and British Columbia at 6.7 per cent. The rest of the provinces were below the national average with Prince Edward Island’s average increase at 4.2 per cent, Manitoba at 3.7 per cent, Ontario at 3.6 per cent and New Brunswick at 1.8 per cent. Nova Scotia recorded a decrease in average farmland values of 4.9 per cent. Note that in Newfoundland and Labrador there were not enough publicly reported transactions to fully assess farmland values.

When looking at the national results, it’s important to remember the reported number is an average. The differences between regions within each province vary widely.

The average value of Ontario farmland increased by 3.6 per cent in 2018, following a gain of 9.4 per cent in 2017. The province generally continued with a stable upward trend.

The North Western region experienced the highest average increase in values at 7.6 per cent, followed by the South Eastern and South Central regions with increases of 6.7 and 6.2 per cent, respectively. Increases in these three regions were attributed to upward pressure from large intensive livestock operations, urban buyers and more specifically the imbalance between high demand and a limited supply of available land. As in the past, a mix of transactions was recorded, including private and real estate-brokered sales, auctions, tenders and intergenerational family transfers.

A majority of Ontario’s overall farmland value increase continued to be fuelled by strong demand for a very limited amount of available land by supply-managed farm operations, cash crop producers and investors.

Land values continued to fluctuate not only from region to region but also between areas within each region. There appeared to be less appetite for land from dairy producers in 2018.

Except for Eastern and Northern regions that remained unchanged, other regions in Ontario posted single-digit increases, ranging from 1.4 to 4.4 per cent. Demand remained strong for farmland in the regions of South Eastern and South Western Ontario where favourable soil types allow for a variety of specialty crops – including vegetables and ginseng – to be grown.

Some areas in the North Central region of the province also experienced significant farmland value increases due to urban pressure and land purchases for future development.

The full Farmland Values report is available on the FCC website.