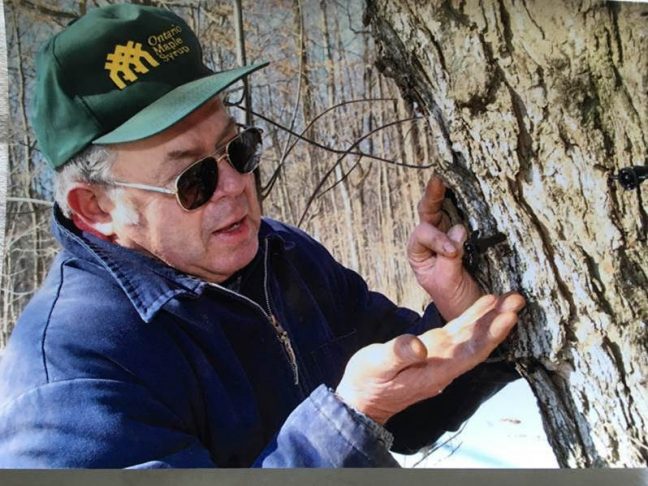 The maple syrup season is here, which is a sure sign of spring.

Maple syrup is a truly Canadian product, as we produce 70 per cent of the total world’s supply. Quebec produces nearly 90 per cent of this and Ontario 10 per cent, while Nova Scotia and New Brunswick produce most of the remainder. In Canada, the value of maple products (sugar, butter and syrup) is around $500 million. There are more than 11,000 maple farms in Canada and 47-million taps. That is a lot of taps in the trees!

This week, let’s look at the science in regards to maple trees and sap.

In the fall, the sugar maple lays down concentrated sugars in the rays of the tree (groups of cells that carry and store nutrients). These sugars mature during winter and are harvested while the frost is still in the ground. The sap flow is stimulated in spring as the days become warmer and temperatures rise above 0 C during daylight, followed by below-freezing nights.

Within the tree, positive pressures created by temperatures above 0 C produce a natural flow of sap. When a tree’s internal pressure is greater than the pressure outside, its sap will flow out of a tap drilled into the tree – or out of a broken limb or split in the bark. The clear sap rushes out of these taps and into the collection system.

As pressure in the tree drops during the day, the sap flow slows down and stops. Negative pressure is now within the tree, and it begins to absorb water through its root system. The next day, as the tree warms up, positive pressure is restored, creating another sap flow.

The process continues for about six weeks in early spring, between March and April. At the end of that time, the sap takes on a cloudy appearance, and the sugar content drops off dramatically.

Here in Chatham-Kent, we do not have any sugar bushes we can tour due to insurance and liability issues. However, if you head out to Giffin’s Maple Syrup Products (519-676-3448) near Blenheim, or Earl and Bill Elgie (519-683-4659) in Dresden, or Stanley and Clara Wortner (519-695-3619) near Bothwell, you can buy maple syrup and syrup products that they make right there. It will be worth the drive.

Remember that here in Chatham-Kent ‘We Grow for the World’. Check out our community’s agricultural website at: www.wegrowfortheworld.com.