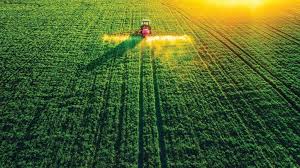 Entomo Farms of Norwood has earned one of Ontario’s Excellence in Agriculture Awards.

As a leader in cricket powder for food products for people, pets and livestock, Entomo Farms supplies over 50 companies and has begun harvesting the cricket castings as a super fertilizer, aiming to be a zero-waste facility. Since 2015, Entomo Farms has created 30 full-time jobs, with a planned expansion of an additional 28 full-time positions.

“Ontario’s agri-food sector is a driving force for innovation and economic growth in our province,” said Ernie Hardeman, Minister of Agriculture, Food and Rural Affairs, who announced Entomo’s award on July 4. “Agri-food businesses like Entomo Farms are always pushing boundaries and expanding economic opportunities. Their bold approach to building and growing their business has resulted in them becoming the largest company in North America, raising crickets for human consumption – and they did it in just four years.”

The Excellence in Agriculture Awards recognize agri-food businesses, individuals and organizations that have raised the bar for agri-food excellence, demonstrated leadership in their field, undertaken strategic product development benefiting their sector or advanced technological innovation.

Ontario is a strong supporter of the agri-food sector and is committed to the province’s farmers and food processors. Our farmers produce more than 200 commodities and support food and beverage manufacturers whose products feed our local communities and the world. The sector contributes over $39.5 billion to the local economy and employs one in eight Ontarians.

“We’re very honoured to be recognized by the Province. Producing crickets as food is new on many fronts, so we’ve been lucky to have strong support from Health Canada, OMAFRA, and especially the local communities in Peterborough and Norwood. Many other countries around the world already know how beneficial eating crickets can be for your health and we’re excited to bring this clean, nutritious food source to more people at home,” said Jarrod Goldin, President of Entomo Farms.

“The innovations recognized through these awards will help strengthen the agri-food sector as we continue to compete and succeed on the global stage,” said Hardeman.