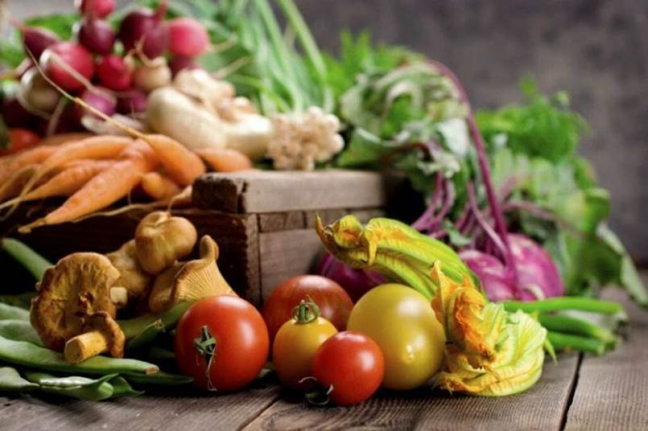 Sure summer is winding down but the fruits of summer are still available and of all of the fruit of summer, watermelon might be the quintessential. As member of the cucurbit family, it is related to cucumbers, squash and pumpkins. In 2018, there were 1,500 acres of watermelon grown in Ontario, much of that acreage grown in Chatham-Kent.

Some varieties of watermelon are tetraploid, having four sets of chromosomes. When they are pollinated by a seeded diploid type, with two sets of chromosomes, the resulting fruit have three sets of chromosomes (triploid). These triploid fruit are sterile, and produce no viable seeds. Triploid (seedless) watermelons are the mainstay of the larger wholesale markets. Because watermelon flowers are pollinated by bees, there must be an ample supply of diploid pollen in the seedless watermelon fields. In the past, growers would plant seeded (diploid) varieties interspersed within the crop to act as pollinisers. It was important to select varieties with different colouring, stripe patterns or different shapes, so they could be kept separate at harvest. As full-sized plants, these varieties take up considerable space in the field and are often harder to market. Due to the high demand of seedless watermelon, and the lack of markets for the seeded pollinisers, many growers now use special polliniser plants. These varieties are smaller, and can be planted between the seedless varieties; taking up less space, with less competition for sunlight and nutrients. They produce small fruit, approximately the size of a softball, which do not require harvesting.

When it comes to harvest, some people still prefer the tap or thump method to determine ripeness. However there are a few other signs to look for. Tell tale signs include when the underside of the melon (where it touches the ground) turns from creamy white to yellow. Also, look at the stem end because when the tendril closest to the stem (peduncle) begins to dry up and turn brown, the fruit is fully ripe.

There are several diseases and disorders that impact watermelon production. One of the most problematic diseases is fusarium which is a soil-borne disease. It can survive in soils for three to five years. As a result, crop rotation is extremely important. Fusarium is host specific. The fusarium infecting watermelons is a different form of the pathogen than the ones found in other crops such as wheat or corn, or even pumpkins. If the crop is established under cool, wet growing conditions, fusarium root rots may cause the young plants to die back in the first few weeks after transplanting. Sometimes fusarium infections begin to grow on the roots in the early season, but if the growing conditions are good, it may go undetected until the crop reaches peak fruit load. At this time the infected roots cannot keep up with the demand for water and nutrients, causing the field to quickly decline before it reaches maturity.

Alternatively, a significant disorder is Hallow Heart which occurs when the flesh separates during the fruit formation, causing elongated growth cracks or a hollow cavity inside the fruit. Hollow heart can be difficult to predict and even harder to identify in the field. However, when loads are inspected, a fairly low incidence may cause the shipment to be rejected. Hollow heart may be caused by a number of different factors including: insufficient pollination, fluctuations in soil moisture, or even cooler temperatures at the time of fruit set. Some varieties appear to be more prone to hollow heart than others. Recent research suggests that insufficient pollination is the most significant factor causing this condition. Factors impacting pollination include: insufficient pollinisers in a seedless watermelon crop,

polliniser varieties located too far from the seedless ones, and, poor weather conditions (cool, hot, wet, windy) during pollination.

Permission was granted by the author to use this article which was originally written by Elaine Roddy for “The Grower” magazine. Elaine is a vegetable crops specialist for OMAFRA.

Edits done with permission by Daryl Vermey who was born and raised on a farrow to finish, cash crop family farm just outside of Blenheim, Ontario and has worked in many capacities in the Canadian agricultural industry for both non-profit and for profit companies. Feel free to reach out to him via email at dvermey@gmail.com.

« November Food Bulletin Who We Are – John O’s Foods »