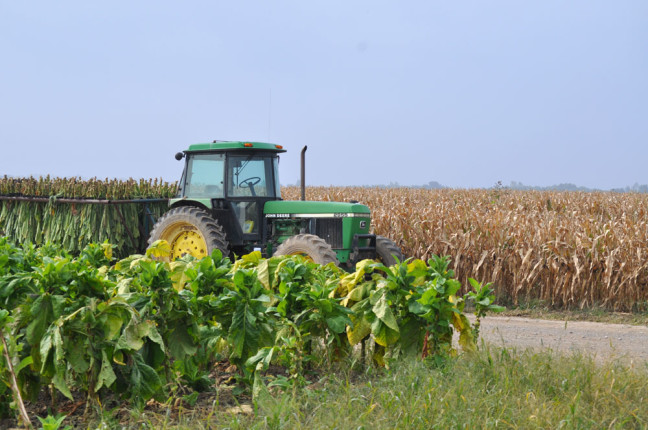 In its latest outlook, released Sept, 18, Agriculture and Agri-Food Canada says the production of field crops in Canada for 2013-14 is expected to be significantly higher across the country than last year due to higher average yields. This is largely attributable to extremely good growing conditions, despite late seeding. In general, the completion of harvest in Western Canada and Eastern Canada is expected to be slightly later than normal. AAFC’s outlook assumes normal crop quality, although it will depend on harvest conditions.

The production of Grains and Oilseeds (G&O) in Canada is forecast to increase by 8% to 76.5 million tonnes (Mt), due to higher average yields. However, supply is expected to increase by only 4% due to extremely low carry-in stocks. Exports are forecast to decrease marginally due to lower exports of corn and soybeans as the US recovers from its drought-related low production in 2012. Carry-out stocks are expected to increase but remain below the 10 year average.

World grain prices are expected to decline due to higher production related to normal to above-normal growing conditions across the major grain producing countries. In Canada, grain and oilseed prices are forecast to average 10 to 30 percent lower than 2012-13 due to lower international prices. Canadian prices will receive some offsetting support from the weaker Canadian dollar.

For 2013-14, production is estimated to set a new record as it increases by 1% to 13.2 Mt due to higher area and a return to average yields. Imports are forecast to decrease by 9% due to the higher domestic supply and would be well below the previous five and 10-year averages. The Chatham in-store elevator price is forecast to decrease significantly, following lower US corn prices.

If realized, Canadian producers are set to produce a record corn crop in 2013 with only average yields. In eastern Canada, the combination of wet conditions in July, nitrogen losses and below normal summer temperatures were the main reasons for the return to average yields. In the past few years, Manitoba has rapidly increased its corn area and production, 2013 area is about double the five-year average from 2007- 11 and 18% higher than 2012.

For 2013-14, production is forecast to fall marginally from 2012-13, to 4.9 Mt. This estimate includes an AAFC production forecast for the Maritimes that was not included in the STC August report. Crop development is good across western Canada as warm temperatures supported a fast pre-harvest maturing of the crop. Eastern Canadian development is more variable, depending on local weather conditions, but overall crop conditions are average-to-excellent. Supply is forecast to decrease by 2% due to a slight drop in carry-in stocks and imports. With domestic processing forecast to increase slightly on an increase in available domestic supplies, exports are. The average price of soybeans at Chatham is forecast to fall to $420-460/t under pressure from lower US soybean prices.