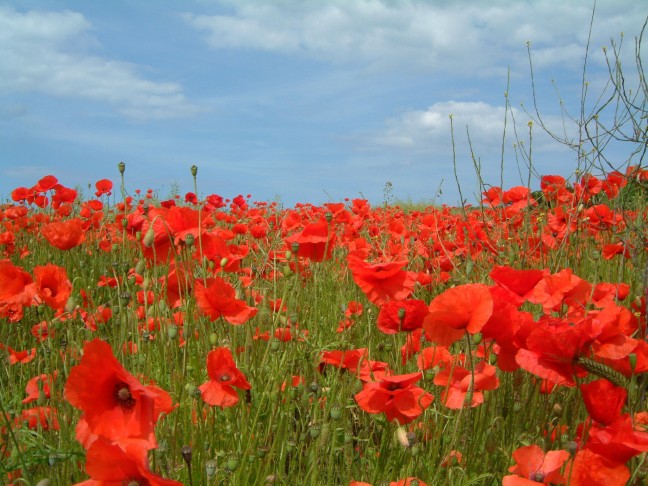 I have stated many times how fortunate we are when it comes to our producers and our food production capabilities.  As part of the Chatham-Kent community, and as part of the country of Canada, we really do have much to be thankful for.

I know we hear this so much, especially at this time of year.  But it’s true.  I don’t have a good answer as to why, here in Canada, we have it so good, while in others parts of the world, such as Haiti, Sudan, Syria, North Korea, and so many other areas, people are suffering.

Part of the reason for Canada’s freedom comes from our stand for democracy and our fight against the world forces wanting people to live in fear, suffering, and oppression.

At Vimy Ridge, I walked through the same World War I trenches our soldiers did over 90 years ago.  They were only feet away from the enemy’s trenches.  No wonder so many died.  I saw the rolling landscape due to the thousands of bombs that pounded the land during the battle.  I walked through the underground tunnel.  I saw where our Canadian soldiers slept, ate, fought, and died.

In Flanders, I visited the largest Commonwealth war cemetery.  It contained thousands of white markers, row after row after row.  Before I left, I sat and scanned the entire cemetery.  A humble and sobering feeling overwhelmed me, and all my tear soaked eyes could see was the blur of white stones marking the graves of so many young and innocent lives.

Dieppe was the site of one of the great losses in Canadian war history.  I stood and looked out over the beaches of Dieppe and tried to envision our soldiers being cut down by enemy fire before they ever reached land.  I can still remember the wind howling throughout the night, reminding me of the very real horrors of war.

I have learned so much through these experiences, but one thing stands out – there is nothing glamorous about war.  I realize, in a very small way, what hundreds of thousands of men and women and families sacrificed and went through for me.  Freedom which meant blood that spilled on fields, oceans, and in the air so many years ago and so far away from home.  This is what paid for the freedom we unfortunately take so much for granted in our country.

This Remembrance Day, I offer my thanks to the men and women who served.  To all the families who lost a loved one, thank you for what you gave up.  To those who sacrificed so much and sent family members over to an unknown land, thank you.  To those who are still living with physical and emotional scars, and haunted by past horrors and memories, I am sorry.  My generation and the generations following me really have no idea of what you went through.  But we are so grateful you did.

Kim Cooper has been involved in the agribusiness sector for over 35 years. He can be reached at:kim.e.cooper@gmail.com