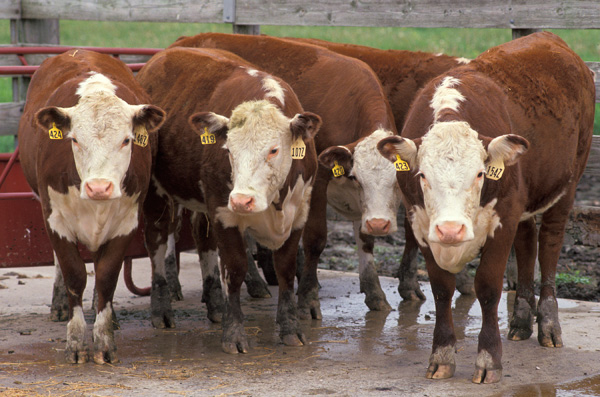 A virus sweeping through farms in the United States is a growing concern for Canadian pork producers.

Porcine Epidemic Diarrhea first appeared in the U.S. last spring and has already spread to 22 states. It has not been found in Canada, but producers worry it could quickly ravage hog farms here if the pathogen makes it across the border.

The Canadian Swine Health Board executive director, Robert Harding, said PED is not a federally reportable disease in Canada, which means there is no single set of protocols to help prevent it from spreading here or to deal with an outbreak.

Instead, provinces and the industry are sharing information and developing plans with the help of the board.

Harding said the board is working with the federal government to improve inspections of hog transport trucks at the border to ensure they are effectively cleaned and disinfected. The board is also urging farmers and meat plants to follow biohazard security procedures.

These include ensuring that incoming animals are from healthy herds and knowing the quality and source of feed. Producers are to report any signs of disease to their vets.

A PED alert posted on the board’s website said an action plan is needed to deal with a potential outbreak.

The Canadian Food Inspection Agency said it is working to help keep the virus out of the country. Dr. Rajiv Arora said Canada requires all imported swine to be quarantined, inspected and certified to be disease-free at the border. He said the agency also has a monitoring system that relies on reports from veterinarians.

Arora acknowledged the agency doesn’t have its own plan to deal with an outbreak.

“Every province is working on forming their own contingency plans and response,” said Arora. “Some are fairly advanced and have them in place, and some are in the process of finalizing.”

Hog producers say they are doing what they can to keep the virus from their farms. Rick Bergmann, a producer near Steinbach, Man., requires anyone who enters his barn to remove their shoes and jacket. They then must take a shower and put on fresh clothes before they enter the area where the pigs are.

If there is an upside to the U.S. PED outbreak for farmers, it would be that demand and prices for young Canadian pigs have spiked.