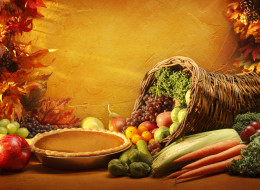 There’s a kink in Canada’s food chain. While the country’s agriculture commodities are a booming business, 60 per cent of our food is shipped abroad for processing before it ends up on our grocery shelves.

Food processing is the country’s largest manufacturing sector, accounting for more jobs and GDP than the automotive and aerospace sectors combined. But it is also suffering from an increasingly large trade deficit that recently saw Canada import $6.8 billion more than it exported to other countries, according to a report released Monday by the Canadian Agri-food Policy Institute (CAPI). The deficit sat at around $1 billion in 2004.

Canada’s outsourcing of food processing is a growing concern for CAPI, which studied the problems in the sector for two years before releasing Monday’s report. It calls on industry players to find a way to reverse the outsourcing trend and spells out the implications for the Canadian economy.

“For rural communities and towns and even cities, processing is actually the industry that connected urban and rural Canada,” said CAPI president David McInnes, adding that Canadians don’t grasp how important the industry is to the health of the economy.

“When we think about what’s going to create future jobs, we need to have people understand that this is an opportunity for employment.”

There have been 143 plant closures between 2006 and 2014, the report said. A slew of headline-drawing factory closures, including at Heinz, Hershey’s and Maple Leaf Foods have contributed to 23,000 lost jobs, most of them hitting the Ontario economy, already battered by auto sector losses during and after the recession.