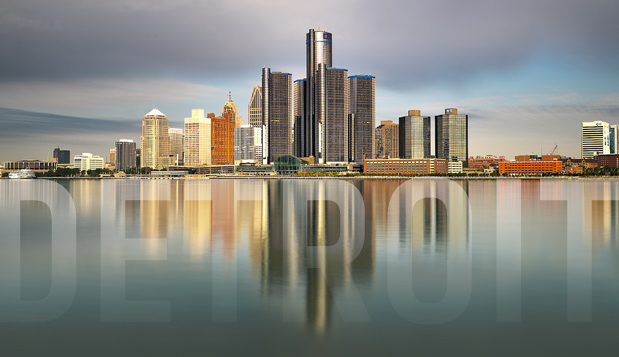 From Paul Bootsma with the Advanced Agricultural Leadership Program

Rebuilding one of America’s older cities is proving to be a long, slow process but by taking small steps progress is being made. On July 7th class 15 of the Advanced Agricultural Leadership Program sat down with the deputy mayor of the city known as the Motor City of America. Detroit is a city in rebirth, busy redefining itself to attract a new kind of industry and business to provide jobs for residents determined to stay and turn things around.

Deputy Mayor Isaiah McKinnon impressed the class with his openness and humour, with his simple style of explaining what the situation is in his city. Popularly known as Ike, the former chief of police gave a quick history of the downfall of the city from the riots of 1967 and the eventual moving of the auto manufacturing industry and the subsequent the loss of jobs that followed.

Three areas of action have been implemented to bring improvement to the city.

The first action areas is to make small improvements, such as replacing non-functioning streetlights in the city so that it is safer and people can see what is happening. A program has been set up for businesses and churches to adopt public parks to maintain them since the city cannot afford to do so. The city has obtained federal money to clean up the blight, also known as abandoned buildings, and have that land turned into grassland.

Second, the council has appointed an economic development committee (JETS: jobs and economy teams), to attract new commerce and business which will provide jobs for the residents. The city had been without an economic plan for 40 years.

Third, a plan to improve food purchasing has been promoted in the poorer areas of the city. One of the biggest areas that the city is making improvements in involves agriculture. The old open air market is being revamped and business is staring to boom. The first step has been in educating people about food, the program is called Food Plus Detroit. Professor Chris Peterson of Michigan State University spent time in the Netherlands and studied food added-value and supply chains. The Dutch approach is known as Metropolitan Agriculture and is based on agriculture taking place very close to the urban centre. His vision was to develop the same concept in Detroit.

Part of the program is teaching the citizens of the city the basics of food and food preparation so that people will purchase basic foods again or fresh food at the market. During the downturn, the major grocery chains had also left Detroit leaving a void of grocery stores. Central to these efforts is a new community garden that has been established to provide fresh produce and help people understand what it takes to grow and produce their daily food.

Detriot is showing how bringing the production of food to urban people is a positive step for agriculture. Ontario farmers need to work hard at showing our urban cousins how food is produced, and we should be willing to encourage more urban agriculture grow as it continues to provide food for the population of the world.