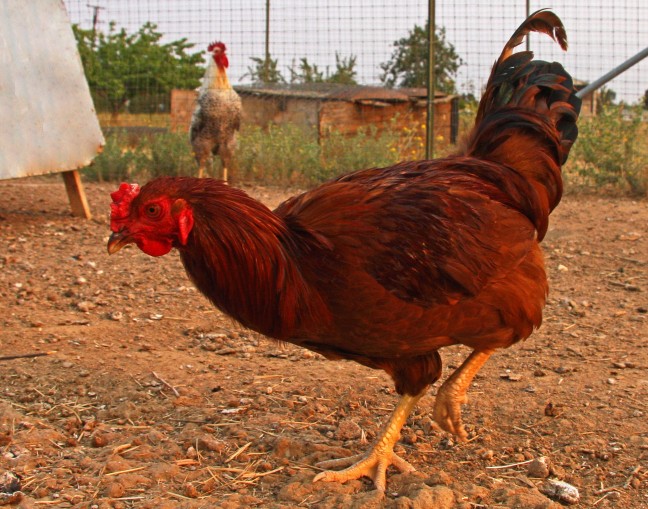 Management measures are being implemented in southwestern Ontario to try to hold an avian flu outbreak in check.

The disease, confirmed on two poultry farms in Oxford Country, has resulted in a quarantine of more than 50 farms near those that are afflicted.

The quarantine is meant to contain the disease, which can easily spread at this time of year. The Poultry Industry Council says the avian flu virus can survive for extended periods in the environment, especially in cool temperatures – and that’s the kind of weather southwestern Ontario experienced this week.

Producers are on high alert for threats to biosecurity. The council advocates extra caution with tilling and planting equipment in particular, because fields may have been visited by migratory birds which are believed to be the source of the virus.

“With the increased risk of (avian flu) transmission this year, it is extremely important for poultry producers to minimize the risk of introducing fecal material from wild birds into poultry operations,” it says.

To that end, the council advises producers to keep tilling and planting equipment away from poultry barns and from driveways serving poultry premises.

The outbreak is taking its toll on poultry-related activities, as well, including the popular London Poultry Show. Organizers cancelled the show, slated for April 22 and 23, given what they say is the significant risk that avian flu poses to the Ontario poultry industry, plus the fact that the London Poultry Show presents a potential vector for the spread of the disease.

The disease outbreak also forced Farm and Food Care to postpone a Breakfast on the Farm event, planned for early June for a poultry farm near Embro. Already 900 tickets had been sold.

For his part, Ontario’s Minister of Agriculture, Food and Rural Affairs, Jeff Leal, has been monitoring the situation while on a trade mission to China. He says the provincial government is “working in lockstep” with the Canadian Food Inspection Agency to support the ongoing investigation and containment process.

“We have robust food safety and animal health systems in place, and our producers are vigilant in maintaining strict biosecurity protocols,” he says. “I have spoken with representatives from Ontario’s poultry industry, and reinforced my support for the work they are doing to minimize the spread of this virus and produce safe, high-quality products.”