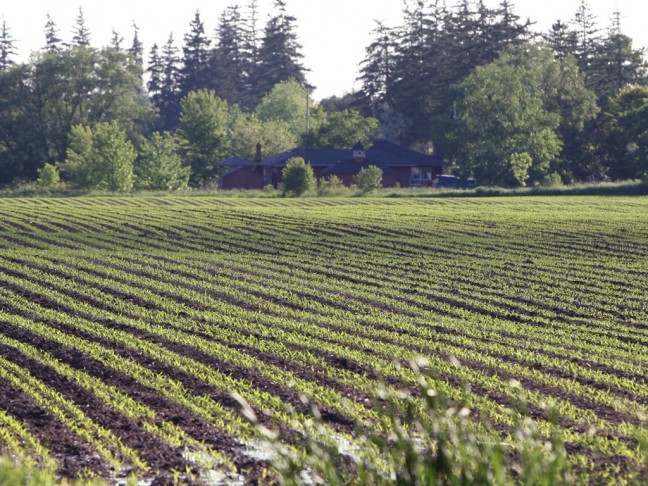 Canada fleabane is a major concern for growers, especially in soybeans since post emergent control options are limited. According to Peter Sikkema, a professor of field crop weed management at the University of Guelph’s Ridgetown campus, the presence of glyphosate-resistant weeds is increasing every year. Since Canada fleabane has wind-dispersed seeds which can produce upwards of 200,000 seeds per plant, it is no wonder resistant biotypes are have spread so quickly across Ontario.

BASF recommends using Optill herbicide as a valuable solution for early season weed management in no-till or minimal tillage situations, including vertical tillage. Optill has demonstrated good control on Canada fleabane as well as other tough to control weeds. Optill offers fast burndown and early season residual control of both grass and broadleaf weeds. This will keep soybeans weed free during the critical weed free period and allow the crop to achieve its full yield potential. The use of Optill applied pre-plant results in a wider window of in-crop glyphosate application and spreads out workload mid-summer.

“Although vertical tillage can be an effective management strategy for soil preparation, it is not a primary weed management tool,” said Rob Miller, Technical Development Manager for Eastern Canada at BASF. “By applying Optill prior to conducting vertical tillage, it will provide rapid burndown and early season residual control of weeds. Using multiple modes of action will also help manage resistant weeds and increase the application flexibility of the in-crop herbicide.”

“With Optill, we went in with our vertical tillage unit three or four days after we sprayed, ripped up the land and planted the following day,” said Kevin Maclean, a soybean grower from Napanee, Ontario. “We have had no weeds in our fields. It did an exceptional job of knocking down the dandelions. I would highly recommend Optill to any growers that are using a vertical tillage system and want a quick burndown on their crop and nice residual control.”