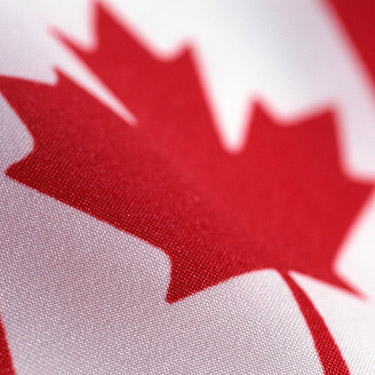 » Ag News » Canada Must Open Up Its Agriculture...

From the Canadian Grocer

An (Washington) administration official suggested that Canada still hadn’t made the concessions necessary for entry into the Trans-Pacific Partnership, which she said could be wrapped up soon.

“The question of Canada’s participation in the TPP – I think, really, that’s something that’s going to be up to Canada,” Catherine Novelli, the U.S. undersecretary of state, told a media briefing.

“All the other countries are making very strong commitments, including on agriculture. Agriculture is always difficult, and we’re all going to put on the table commitments. So the question is: what’s the level of ambition that the Canadian government has?

“We would love to have Canada be part of the agreement … I think that’s a judgment the Canadian government’s going to have to make.”

She expressed hope the deal might be concluded soon, with a negotiating round scheduled in Guam for the last two weeks of May and a meeting of ministers in the Philippines May 26-28.

That being said, the U.S. itself is restive on the trade front. A bill that would give President Barack Obama fast-track negotiating authority will be debated in the coming weeks and there are already signs that both parties might try to slow his trade agenda.

The Canadian government has been reluctant to complete negotiations until it’s clear that any trade deal would be likely to get through Congress.

When asked what the U.S. wants from Canada, Novelli declined to offer specifics. She wouldn’t say whether it wants a little more market access or the wholesale dismantling of the Canadian supply-management system that regulates dairy and poultry.

On the one hand, that system protects Canadian farmers. On the other, it affects consumers at the grocery store by limiting the choice of foreign imports and setting minimum prices.

The issue is politically sensitive in Canada and, entering this year’s election, all major parties profess support for supply management.

But Gordon Ritchie, one of the leading negotiators of the original Canada-U.S. free-trade agreement, lamented in his memoirs that the supply-management system wasn’t dismantled three decades ago.

His book also chronicles late-stage negotiating tactics where people threatened to walk away from the table. One was Brian Mulroney’s chief of staff, Derek Burney, who is described as slamming shut his briefing book and leaving the room at one point.

Burney didn’t sound worried Thursday. He said the U.S. has huge agricultural subsidies, big challenges in getting a deal through Congress and is in no position to dictate deadlines.

“At least our government has the capacity to conclude a trade negotiation, something her administration lacks. As for sensitivities on agriculture, she should look carefully in the mirror,” he said in an email.

“Whether it is table-thumping or posturing, I would not feed it. Our government will decide ultimately on the merits of the agreement for our national interest.”

Another former Canadian trade negotiator added, however, that the administration is telling the truth when it insists that concessions on agriculture are a requirement for entry to the pact.

“Is this tough talk?” asked Debra Steger, now a professor at the University of Ottawa. “Yes, but Canada’s position on agriculture has to move if Canada wants to be part of this agreement.

“Does that mean Canada has to give up supply management completely? Most likely not. We did not with the Europeans in the (Canada-Europe trade deal). But we may have to be willing to grant greater access to dairy and poultry products.”