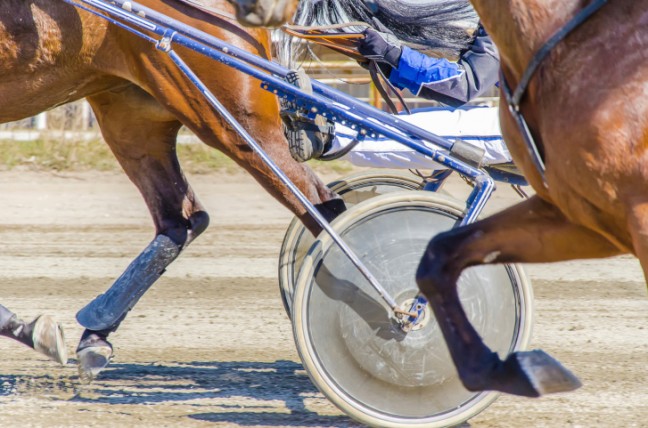 After much anticipation within the community, the Ontario Racing Commission has announced there will be dates at the Dresden Raceway this season.

A total of 11 harness racing dates were granted to the Dresden Agricultural Society, which operates the track. The season opener is slated for May 31.

Agricultural society president Lucille Laprise said there was a “buoyant atmosphere” when the news came to light Monday.

“Everybody’s been anxiously waiting to see what was going to happen. Now that it’s official that we’re getting our 11 race days, we are very enthused and we’re good to go,” she said in a media release. “Dresden Raceway is back on track.”

Racing will occur mostly on Sundays at 1 p.m. There will also be special races on Canada Day and Civic Monday, when the season will conclude.

Eleven races is the same number of dates the track had last year, but the season this year is starting sooner.

Dresden has hosted racing for more than 140 years. However, the agricultural society had experienced financial and governance issues in recent times, with a new board being appointed earlier this year.

The ORC had conducted an investigation into Dresden’s racing application before coming to its decision.

North Kent Coun. Joe Faas said he was pleased to hear that the season was a go.

“I think we were always optimistic that we were going to race,” he said on Tuesday. “They just had to get their ducks in a row and apparently they’ve done that. It’s good news for sure.”

The Dresden Exhibition will also celebrate its 140th anniversary this summer.

Dresden Raceway will be part of a southwestern Ontario circuit of small tracks that includes Sarnia’s Hiawatha Horse Park and Leamington Raceway.

“If you look at last year’s performance, (Dresden) had very good attendance,” Faas said. “If you can bring that many people into a community for an afternoon, I think that’s a pretty good deal.”

Greg Blanchard will be returning as the raceway’s general manager and Gary Patterson will still be calling the races.

“We’ve got some really good ideas,” Laprise said. “We’re going to have special race days like we did last year and giveaways and fan appreciation events. We certainly want to invite the people to come back. We’ve got some great horses, a great track, a great grandstand and we’re going to be ready for them.”