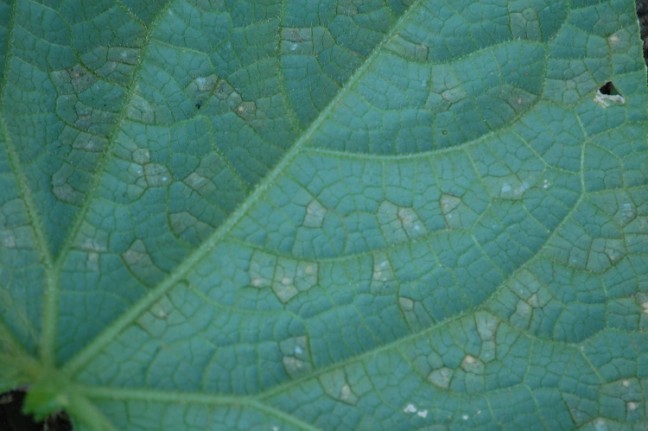 We are getting many questions from growers with regards to the “best” fungicide program for managing cucurbit downy mildew. The early detection and subsequent wet weather conditions have resulted in higher-than-usual amounts of downy mildew in cucumbers and cantaloupe.

The Ridgetown fungicide efficacy trial was seeded June 24. Treatments applied July 7, 14, and 21. The first fungicide application was made prior to the first observation of symptoms. The following results are from the initial disease assessment, completed July 21 (Table 1). These results are preliminary. The completed trial will include at least three visual assessments and yield data.

These results indicate that among registered products, Torrent 400SC and Zampro are providing the highest level of control.

Table 1. Efficacy of fungicides for management of downy mildew in pickling cucumbers ‘Vlasstar’ at Ridgetown Campus, University of Guelph, July 21 2015. 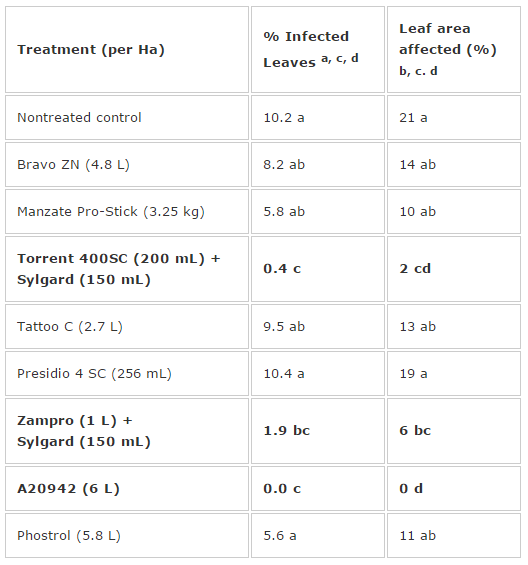 a Leaves in the whole plot were evaluated. The percentage of leaves infected was calculated based on the number of leaves in a representative 1 m section of the trial.

b Leaves in the whole plot were evaluated. The leaf area affected by downy mildew was estimated on symptomatic leaves only.

c Data was transformed for analysis using a log transformation; the original means are shown here.