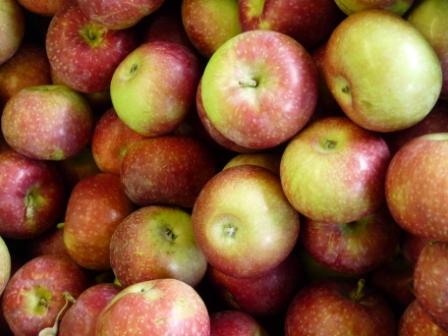 For more than a year, Dr. Praveen Saxena, professor and researcher in the Department of Plant Agriculture at the University of Guelph, and his research team, including Dr. Max Jones, have been using a tissue culture method to multiply and grow apple rootstock faster than ever in a controlled lab environment.

To consistently get a particular type of apple such as a McIntosh or Golden Delicious, Saxena’s method grafts a shoot from the original clone tree onto a rootstock, which is also cloned to maintain genetic uniformity.

This results in trees that produce desired traits, such as fruit that is more disease resistant or has enhanced fruit colour and sweetness, or trees that reach a specific size.

“Using this proven method we are able to mass produce plants much more efficiently than by traditional methods, bringing new or desired trees and rootstocks into production faster than ever,” explains Saxena, addings since most apple rootstock is sourced from the European Union and the United States, very few varieties are specifically adapted to thrive in Ontario’s climate.

Saxena anticipates this technology will be widely adopted by the Ontario apple industry and nurseries growing rootstocks for grafting, and is expected to increase demand from Ontario growers for Ontario-specific rootstock as current supply can’t keep up with industry needs.

“This new reproduction method will enhance the competitiveness of Ontario apples and put them on the map,” says Saxena, who predicts his technology will have an impact on Ontario’s entire tree fruit industry since the rootstock development method can be applied to other tree fruits too.

There’s a species preservation benefit too. Saxena’s technology can help preserve heritage apple tree varieties that would otherwise be at risk of extinction as only the most popular varieties are grown and sold for commercial apple production.

Many traditional apple varieties could be saved by quickly propagating and preserving heritage apple rootstock through the new reproduction method.