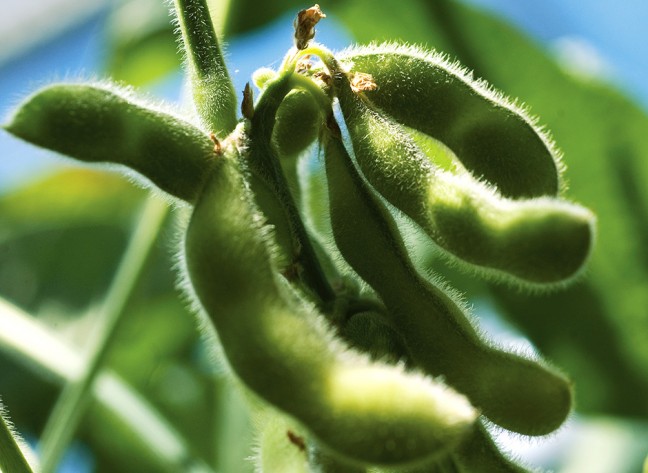 In the December outlook for Canada’s principal field crops, the report notes that the dollar is anticipated to remain at a discount of about 25 percent to the U.S. dollar.

Here are the highlights for corn, soybeans and wheat:

The Chatham corn price is forecast to increase from 2014-15 due to a flat to slightly higher US corn future’s price and a weaker Canadian dollar.

US corn prices are expected to be flat for the next few months with little upside potential, at least until something major happens that could turn prices higher. Upside price potential is limited by the large 2015 US crop and the strong US dollar. China, with its huge reserve of domestic corn, has reduced imports of US corn products across the board; this includes corn grain, DDGS and ethanol. There is also the possibility of China entering the corn export market this year. Brazil and Ukraine remain strong competitors for world corn trade.

In addition, the election and change of government in Argentina has created a new market twist as the new president has vowed to eliminate its 20% export tax on corn. First, Argentina is thought to be holding up to five million tonnes of stored corn and will move quickly to place this product onto the world market.

Second, with freer access to world markets, Argentine producers are expected to increase their 2016-17 corn area by 33% to 4 million hectares. With the jump in production, Argentina will likely edge out Brazil and become the world second largest corn exporter behind the US.

December will bring its seasonal slowdown in the grain markets; however, the beginning of 2016 could be quite volatile for corn as the US releases final production and stocks reports, an increase to the US domestic interest rate will strengthen the US dollar even more, and the market effects of larger amounts of Argentine corn entering global markets will be better known.

Supplies of soybeans are estimated at 6.95 Mt, up 0.3 Mt from last year, on the increase in output and higher carry-in stocks. Exports are forecast at a record 4.1 Mt, up from 3.8 Mt in 2014-15 on support from a wide basis and the low value of the Canadian dollar which balances off competition from burdensome world soybean supplies. Domestic processing of soybeans is forecast at a record 2.0 Mt, up 12% from last year, on. Carry-out stocks are projected at 0.35 Mt.

Canadian soybeans are competitively priced into the world market on support from the devaluation of the Canadian dollar against the US currency. The spread between Chatham cash soybeans and nearby Chicago soybeans is averaging about -C$29t, with all prices normalized into Canadian dollars to remove the exchange rate effect. For 2015-16, soybean prices are forecast at C$390/t-C$420/t versus 418/t last year under pressure from increased world supplies and lower US prices.

Factors to watch include: the pace of US soybean exports and crush, the strength of Chinese buying, South American crop conditions, the possible raising of US interest rates which may devalue the Canadian dollar further and current exchange rate values.

For 2015-16, production fell by 8% from 2014-15 to 22.2 Mt due to a 5% decrease in seeded area and lower yields related to the drought in Saskatchewan and Alberta. Supply decreased by 14%, as the drop in production was compounded by lower carry-in stocks. Exports are forecast to decrease by 9% to 17 Mt because of the lower supply. Carry-out stocks are forecast to decrease by 43% to a low 3.5 Mt, 40% lower than the past five year average of 5.8 Mt. The average crop year producer price in Canada for wheat is forecast to be higher than for 2014-15 because of the lower Canadian supply and the weaker Canadian dollar. Prices have increased since the end of July.

World all wheat (including durum) production increased by 10 Mt to a new record of 735 Mt. Supply rose by 28 Mt to 947 Mt, as the increase in production was compounded by higher carry-in stocks. Total use is forecast to increase by 10 Mt to 717 Mt, mainly in the food market. Carry-out stocks are forecast to rise by 18 Mt to 230 Mt.

US wheat production increased by 0.7 Mt to 55.8 Mt, while supply increased by 4.4 Mt to 79.7 Mt because of higher carry-in stocks. Production increased for hard red winter and hard red spring wheat, and decreased for soft red winter and white wheat. US domestic use is expected to rise by 5% and exports are forecast to fall by 6%. Carry-out stocks are forecast to increase by 4.3 Mt to 24.8 Mt.