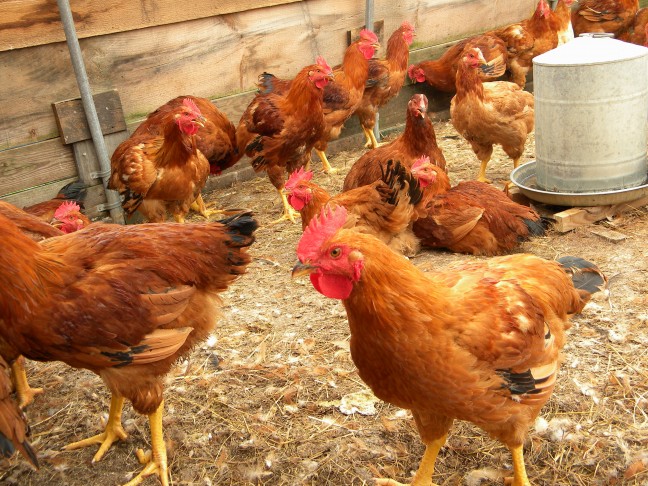 Scientific research can tell us about animal natures, animal health, and stress inducing factors. Analysis can tell us how much changes in care for animals will cost and benefit, both in dollars, production and in risks to the animals. But ultimately in our food system, animal welfare is in the eye of the beholder.

It is an ethical question, and science cannot answer ethical questions. Humans have to determine what ethical decisions they wish to embrace, including how they wish their food animals to be raised, and whether they wish to eat animals for food at all. This is the third in our series of commentaries on Cage-Free Eggs, and examines the ethical debates behind the push for change in the egg industry. The first examined cage free egg marketing strategies and the second looked at the impact of changes to cage free production on farmers.

An article by Ann Hui in the Globe and Mail on caged vs. cage-free eggs raises the question of what the real push is behind the move to cage-free eggs. She argues that in this case “feelings appear to trump the facts,” but that the choice has been made, and the industry is now largely moving in a “cage-free” direction. She further notes that Temple Grandin, while not necessarily advocating for cage-free birds, recognizes that this is the direction of the future. Hui quotes Grandin as saying, “Okay, now we’ve got to make a cage-free system that works.”

Interestingly the farmers in this article seem to agree that, regardless of the housing system, if the birds are producing well, this is a sign that they are healthy and not stressed, and if production is poor, this may indicate problems. The battery cage system which is still widely used was originally introduced in the 1950’s to improve animal welfare because it reduced the spread of disease among birds and reduced feather pecking issues.

Realistically, cage-free probably works best at a smaller scale. Certainly organic farms of all sizes have been working with cage-free systems for a while, but there are risks for the birds, especially in flocks of very large numbers. Consumers do not always understand or may not be fully aware of certain animal behaviours and the risks these can pose. Animal behaviour is different from human behaviour in many key respects. This is why it can be so hard to get animals to leave a burning barn. Within large flocks of birds there can be problems of stampedes or cannibalism spreading through a barn.

I think most of us would rather spend our working day in a defined cubicle, perhaps with a small team of coworkers, rather than in a warehouse with 10 000 fellow workers with no partitions. But perhaps the real problem is trying to determine what is good for a chicken based on what seems good for humans.

The question of animal welfare is ongoing, and has to be balanced with economic and environmental pressures. As production methods change to increase efficiency, the impact on animal welfare also needs to be examined, which is what has happed to the battery cage system over time. Now it has hit a tipping point, and the industry is responding. It is clear that more engaged consumers concerned about ethical eating are now creating markets for cage free eggs. The question remains, how big will that market be?