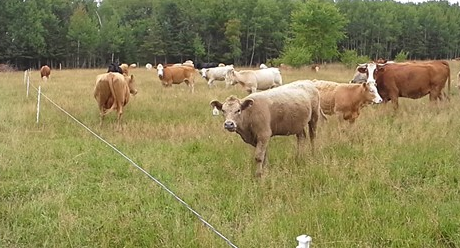 Agriculture and Agri-Food Canada has released a list of designated regions in Ontario, Quebec and Alberta where livestock tax deferrals have been authorized for 2016 due to drought.

The livestock tax deferral provisions allow livestock producers in prescribed drought regions to defer a portion of their 2016 sale proceeds of breeding livestock until the next year to help replenish the herd. The cost of replacing the animals in the next year offsets the deferred income, thereby reducing the tax burden associated with the original sale.

Eligibility for the tax deferral is limited to those producers located inside the designated areas prescribed as drought regions. Producers can request the tax deferral when filing their 2016 income tax returns.

Low moisture levels resulted in significant forage shortages for livestock producers in Alberta, Ontario and Quebec forcing some producers to sell all or part of their breeding herd.

The list represents the current designation of affected areas. Further to discussions with the impacted provinces, additional designations are being added to the list and will be released as soon as possible.