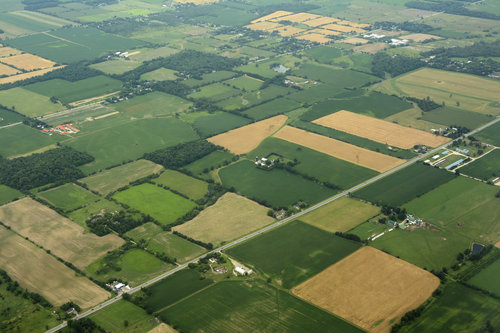 Average farmland values in Canada continued to climb in 2016, but lost steam in most provinces, according to Farm Credit Canada’s (FCC) latest Farmland Values Report.

“The impact of some of the key farmland value drivers appear to be fairly consistent across Canada,” said J.P. Gervais, FCC chief agricultural economist. “Levelling out of commodity prices and some challenging weather conditions may have taken some of the steam out of farmland values and hopefully this moderating effect will turn into a trend.”

Prince Edward Island experienced the highest increase among the provinces and saw the only double-digit increase at 13.4 per cent.

According to the report, Ontario’s overall farmland values increase was fuelled by high demand for a limited amount of available land, expansion of supply-managed farm operations and strong demand for farmland to grow cash crops throughout the province.

Softer demand was seen in areas where expansion had already taken place or areas affected by lower commodity prices.

Southern and northern Ontario led the province with the most significant increases at 6.9 and 6.2 per cent, respectively. Within some regions of the province, land values appeared to have levelled off. The demand for land still remains, but only at a realistic price level that can be supported by crop production.

There was an increase in the demand for land in eastern Ontario, which reported a 5.1 per cent increase in farmland values. This was due to local farmers wanting to expand their operations, as well as more farmers coming from other regions of Ontario and Quebec, where land prices are higher. These factors, combined with a strong and diverse farm economy, helped strengthen the demand for land in the region, said FCC officials in the report.

There was strong demand for farmland in some areas within southern and south central Ontario, as the favourable soil types allow for a variety of specialty crops to be grown, thus creating potentially higher returns for producers in that area.

Southeastern and southwestern Ontario reported the most modest farmland value increases at 1.5 per cent and 1.6 per cent, respectively. There are various pockets throughout southwestern Ontario that continued to show signs of extended vibrancy, with some areas having experienced record values in 2016.

“I would, however, caution producers not to become overly confident,” he said, noting crop receipts have increased at a slower rate than farmland values over the past few years. “Although we have just come off of several years of record farm receipts, agriculture is a cyclical business and producers should always plan for different market conditions.”