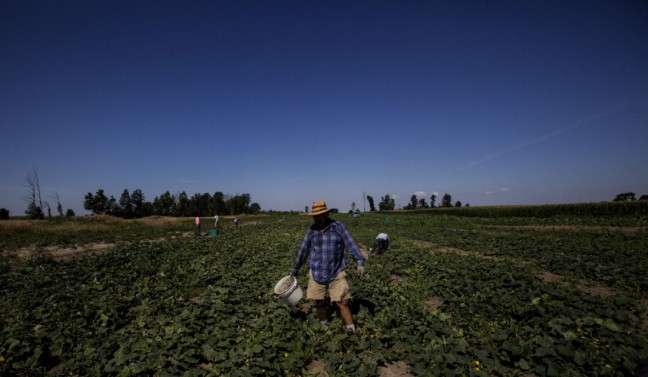 The Ontario Federation of Agriculture says the provincial government’s proposed changes to employment and labour laws could have significant impact on the province’s agri-food industry. The proposed changes were announced Tuesday in response to the release of the final report from the Changing Workplaces Review.

Proposed changes to the Employment Standards Act include a commitment by the Ministry of Labour to conduct a review of ESA exemptions and special industry rules beginning fall 2017.

The Ontario Federation of Agriculture (OFA) is pleased the special advisors have carried forward this concept from the interim report rather than recommending the wholesale removal of all Employment Standards Act exemptions. OFA will continue to express the views of our farm business members to government throughout stakeholder consultations on this issue. Farms are becoming increasingly automated, but many sectors of our industry require the discerning mind and gentle touch of a person, and OFA maintains there is no justification for changes to the current, flexible approach for farm workers under the Employment Standards Act.

OFA believes the recommendation from the Changing Workplaces Review final report that the agricultural sector should no longer be exempt from the Labour Relations Act to be unjustified. OFA appreciates the Ministry of Labour has recognized the legitimacy and efficacy of Agricultural Employees Protection Act to protect the rights of farm workers and has chosen not to adopt this recommendation.

An increase of this magnitude in the minimum wage leads to overall wage and price inflation. Farm and food prices are globally driven, this wage increase serves to make Ontario famers and agri-food businesses less competitive, threatens food security and the sustainability of agricultural products available to Ontario consumers.

The minimum wage advisory panel heard an almost universal agreement among stakeholders that the process of revising minimum wage rates should be more transparent and predictable, and at arms-length from government’s own near-term concerns. By raising minimum wage, the government’s actions work in opposition to the predictability and payroll stability their minimum wage review was meant to bring to businesses in Ontario. OFA will continue working together with business and farm organization partners to secure fair and respectful employment law to balance the needs of workers and the agri-food sector.