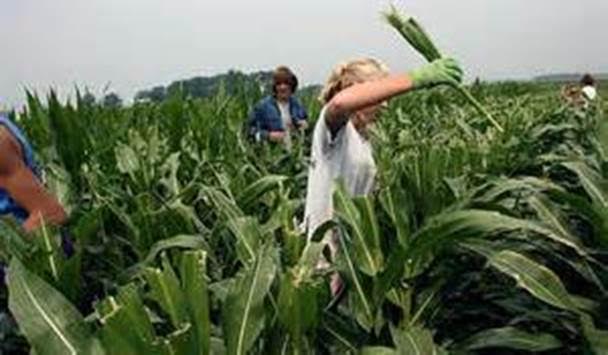 Bill 148, a significant labour bill called “The Fair Workplaces, Better Jobs Act 2017,” includes a number of proposed changes to Ontario’s labour laws. Arguably most controversial among them is a proposed sharp increase to minimum wage, pushing it from the current $11.40/hour to $15/hour by Jan. 1, 2019. The biggest jump would be from $11.60/hour to $14.00/hour at the start of the year in 2018. That single increase represents a jump of over 20%. It is this sudden increase that is most alarming for many farming businesses, and it should be of concern to low wage earners as well.

In January 2014, the government’s Minimum Wage Advisory Panel released its report after significant consultations and review of the literature on the issue of minimum wage. In it, Chair Anil Verma noted that “there was near universal agreement on making the process of revising minimum wages transparent, predictable, fair, and less ‘political.’” Subsequent to this report, the government established a formula for increases to the minimum wage based on the Consumer Price Index (CPI).

While the push to a higher minimum wage seeks to address social issues among vulnerable workers, this new proposal creates a lose-lose situation because large wage hikes have negative impacts both for business owners and for low wage earners. The same Advisory Panel Report notes that academic research in Canada shows that the negative impacts on employment from minimum wage increases “were substantially larger when they involved a large minimum wage increase compared to a cumulative series of smaller increases.” This means a sudden jump in minimum wage is likely to result in job losses and reduced new job opportunities. It may also result in reduced hours of work or greater precarious employment, both issues that the government in fact seeks to reduce.

For those sectors that must compete internationally for the price of their goods, nationally and internationally uncompetitive wage rates make it harder for businesses in Ontario to thrive. These sectors cannot easily pass their increased costs onto consumers. Ontario’s fruit and vegetable farmers, for example, have to offer locally competitive wages, but they also have to compete with the global price when selling their products. The horticulture sector is highly reliant on farm workers, with labour forming up to half of its business costs. Small and medium farm businesses will feel this pinch most acutely. In the long-term, uncompetitive wage costs will push labour-intensive primary production and food processing industries to leave Ontario, which will negatively impact our economy and our access to local food.

The CFFO is working with other farm organizations to bring these concerns to the government’s attention. The CFFO recognizes the importance of a livable wage and believes that work should be economically valued to encourage greater dignity and participation in the workforce. Our concern is that the economic impact of a sudden change to an uncompetitive minimum wage is likely to negatively impact both Ontario workers and Ontario businesses.