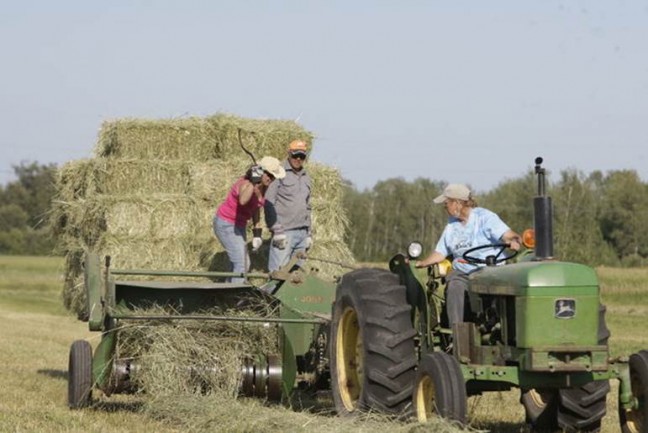 » Ag News » MAXIMIZE THE CONVERSATIONS ABOUT THE RISING...

The Liberal government’s plan to raise the minimum wage to $15 is a reality set to hit Ontario by 2019 as part of Bill 148. The agriculture sector and many small businesses across the province are reeling at the prospect of the minimum wage rising by a staggering 32% in an 18-month period.

The Ontario Federation of Agriculture (OFA) is collaborating with all the agricultural commodity groups in Ontario, and through its membership in the Ontario Agricultural Commodity Council, to work on minimizing the impact on the industry.

Hearings are currently underway on Bill 148 – Fair Workplaces, Better Jobs Act and the interests and concerns of Ontario agriculture are well represented. We are meeting with political leaders and encouraging members to use summer barbeque meetings with local politicians to talk about the impact of this new legislation on the largest contributor to the Ontario economy – agriculture.

Here are the key points that OFA and the Ontario Agricultural Commodity Council are asking the provincial government to consider around the minimum wage issue.

The timing to transition to $15 per hour is far too tight. Farmers have been given just six months to prepare for the first increase of 21% by January 1, 2018. Labour costs can account for more than 50% of the cost of production for some Ontario farm operations, especially in the greenhouse, fruit and vegetable and mushroom industries.

Agriculture is unable to transfer increased costs of production. As a price taking industry, growers will be paying more for labour with no way to pass the costs on to consumers.

Increased labour costs have many farmers looking at reducing their workforce to protect production capacity and maintain their business. With a reduction in domestic food production, Ontario could become reliant on other growing regions and lose ground with food sovereignty and the strong local food industry that the province currently enjoys.

Ironically, by increasing minimum wage and the negative impacts on the competitiveness of Ontario farm businesses, the province is jeopardizing its own challenge put to the industry in 2013 at the Premier’s Agri-Food Summit. Our industry was challenged to double its annual growth rate and create 120,000 jobs by 2020. A meteoric rise in minimum wage throws a major wrench in the province’s own plans to support the continued growth of the agri-food sector – an industry that currently contributes $36.4 billion to the annual GDP and generates 790,000 jobs.

Let’s get out there this summer and make our concerns known.