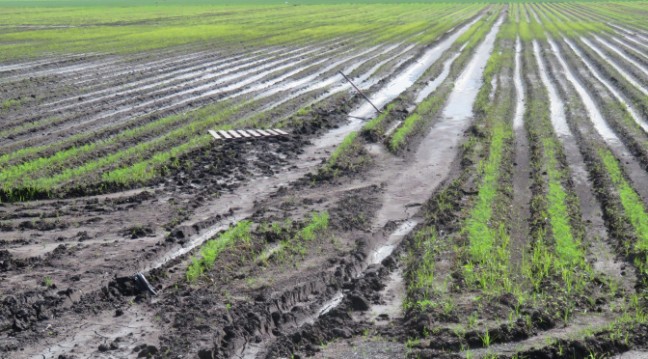 The 2017 growing season has been a wet one seemingly across the province, but just how much rain have we received?

Below you can see that since March, we have received more than the average monthly rainfall in nearly all regions of the province. Many regions have received double the monthly average rainfall and this often falls within just a few days.

In most growing areas aside from Eastern and Northern Ontario, the daily maximum is within 0.3°C of the 10 year average. However, the daily minimum temperatures are averaging nearly 1°C warmer than the 10-year average. This is accounting for most of the increase in growing degree day accumulation for this year over the average. We haven’t had many hot days over 30°C, but our overnight temperatures have been a little warmer.

Here’s how different regions across the province compare to their 10-year averages in terms of degree days and rainfall.