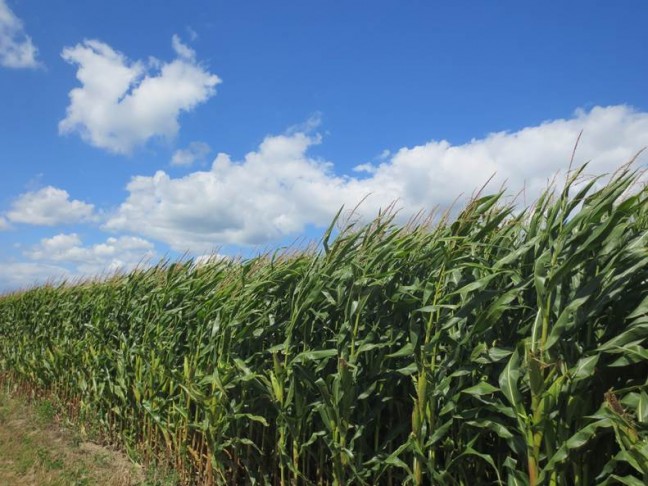 The United States Department of Agriculture is raising its production outlooks for U.S. corn and soybeans in 2017/18.

The report raised corn beginning stocks by 75 million bushels, reflecting lower feed and residual use in 2016/17.

Corn production for 2017/18 is projected 190 million bushels higher at 14.255 billion bushels, based on increased planted and harvested areas from the June 30 Acreage report. The national average corn yield is unchanged at 170.7 bushels per acre.

Projected feed and residual use for 2017/18 is raised 50 million bushels on a larger crop and lower expected prices.

U.S. soybean production is projected at 4.26 billion bushels, up 5 million on increased harvested area. Harvested area, estimated at 88.7 million acres in the June 30 Acreage report, is up 0.1 million from last month. The soybean yield forecast is unchanged at 48.0 bushels per acre.

Despite the slightly higher production, the report notes that 2017/18 soybean supplies are reduced 35 million bushels on lower beginning stocks.

With projections for exports and crush unchanged, 2017/18 soybean ending stocks are reduced 35 million bushels to 465 million.

Production forecasts for durum and other spring wheat indicated a significant decline compared to last year for these two classes primarily due to severe drought conditions affecting the Northern Plains.

Partially offsetting this decrease is higher winter wheat production on both higher harvested acreage and yield.

Projected exports and feed and residual usage are lowered to 975 and 150 million bushels, respectively, largely on the reduction in durum and other spring wheat supplies.

Projected 2017/18 ending stocks are raised 14 million bushels to 938 million this month but are 21 percent lower than last year’s revised stocks.