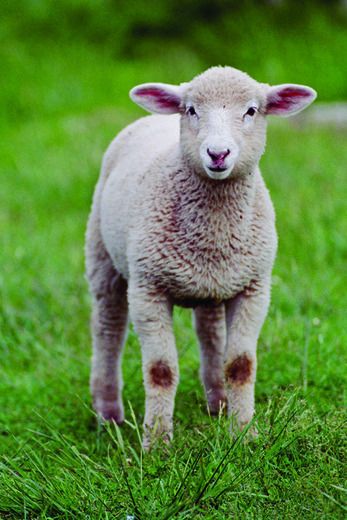 This week, let’s look at sheep. If you travel around the Chatham-Kent area, you will see more sheep than in years past. First, a few terms we need to know.

The fibre that most sheep grow is called wool. The wool from one sheep is called a fleece. Many fleeces from the same farm, wool pool or region are called a clip.

A group of sheep is called a flock. Larger groups of sheep are called bands or mobs. The most important product we get from sheep is meat. While sheep meat only accounts for six per cent of the world’s meat consumption, it is the principle meat in regions of North Africa, the Middle East, India, and parts of Europe. The European Union is the world’s largest lamb consumer and number one importer of lamb. The vast majority (99 per cent) of the lamb imported originates from Australia and New Zealand. Wool is the product for which sheep are best known.

Wool is widely used in clothing from knitwear such as socks and jumpers to cloth used for suits and costumes. It is used in the furniture trade both for making chair covers and for upholstery. Many of the better carpets produced traditionally and today are made from wool.

Wool is used to fill mattresses. It is used in diverse products, such as tennis ball covers, pool table covers or baize, and hanging basket liners. Wool is also a very useful product when oil spills occur. Pads made from wool can be used to soak up the oil. In 1999 when an oil spill occurred near Australia, the penguins were fitted with wool sweaters. The sweaters helped maintain the tiny penguin’s body heat and prevented them from being poisoned by the oil.

There is a company in the United Kingdom that makes caskets out of wool. Several companies are making insulation from wool. Wool has a higher R value than many

The Ontario Sheep Marketing Agency (OSMA) is a producer operated organization which represents all aspects of the sheep, lamb and wool industry in the Province of Ontario. It was established to encourage, promote and represent the industry. The OSMA’s activities work to improve the marketing of sheep, lamb and wool through producer education, promotional campaigns, consumer education and public awareness.

Thought for the week – God’s Word is the only sure foundation for life.

Remember that here in Chatham-Kent ‘We Grow for the World’. Check out our community’s agricultural website at wegrowfortheworld.com