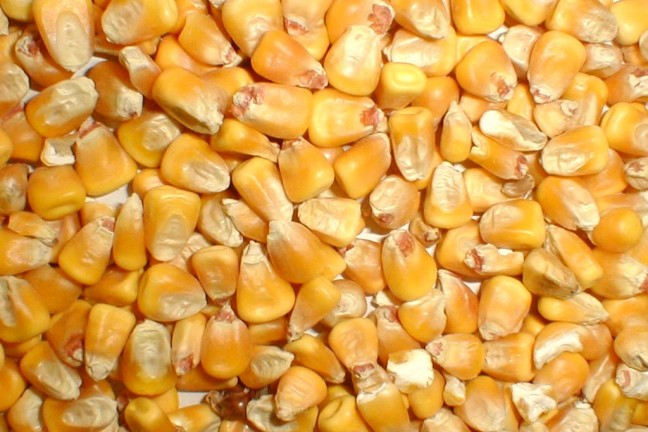 From Agriculture and Agri-Food Canada

Despite dry conditions in parts of Western Canada and excess precipitation in the East, Agriculture and Agri-Food Canada (AAFC) says average yields were generally better than expected and, for many crops, the quality is well above the quality of last year’s crop.

For 2017-18, production increased by 7% to 14.1 million tonnes (Mt), the second highest on record due to near-record seeded and harvested areas and an above average total yield.

Imports, mainly from the US, are forecast to decrease by 13% due to the higher supply in Canada.

Carry-out stocks are forecast to increase by 14% to a record level of 2.5 Mt. The nearby Chatham corn price is forecast to remain similar to last year as slightly higher U.S. corn futures prices are offset by a stronger Canadian dollar.

Soybean production is estimated at a record 7.7 Mt, up 18% from last year’s record of 6.6 Mt. The increase is largely due to the sharp increase in harvested area, to 2.94 million hectares (Mha), more than 0.73 Mha higher than last year.

Total supply is forecast to increase by 12% from last year to 8.3 Mt on higher output which more-than offsets the minor decrease in carry-in stocks and imports. The forecast for domestic crush has been lowered by 0.1 Mt, from last month, to 1.8 Mt. This is marginally lower than last year and below the record set in 2015-16. The revised crush forecast is supported by the slowdown in the crush pace. Canadian oilseed processors are operating at 59% capacity for the year to-date versus 63% last year at this time.

Soybean prices are forecast to decrease from last year to a range $410 to $450/t. The price outlook has been pressured by lower U.S. farmgate prices in the soybean complex and the stronger Canadian dollar.

For 2017-18, production of wheat increased by 4% to 25 Mt due to the 1.5% increase in seeded area and lower abandonment, according to Statistics Canada. The abandonment rate was exceptionally low and was much lower than the 2016-17 rate which was high because of wet weather during harvest.

Supply rose by 7% as higher carry-in stocks compounded the rise in production. Exports are forecast to increase by 10% to 17.2 Mt because of increased supply of high quality hard red spring wheat and strong demand for that class of wheat in world markets, especially from the U.S.

Domestic food use is forecast to increase slightly to 2.6 Mt while industrial use decreases slightly to 0.7 Mt.

Canadian wheat prices are forecast to be similar to 2016-17 as pressure from the higher world and Canadian supply and the stronger Canadian dollar is offset by support from the lower U.S. supply and strong demand for high protein wheat. There is strong demand for high protein wheat because of lower average protein content for U.S. hard red winter wheat and for Canadian hard red spring wheat.