NEW BOARD CHAIR ELECTED FOR GFO 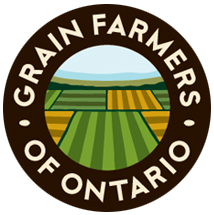 NEW BOARD CHAIR ELECTED FOR GFO

Markus Haerle has been elected as the new chair of Grain Farmers of Ontario‘s Board of Directors. Haerle, the director for District 14 (Prescott, Russell, Stormont, Dundas, Glengarry), was vice-chair of the Board for the past three years. He and his wife, Roxane, farm corn, soybeans, and wheat near St. Isidore.

Haerle takes over from Mark Brock, director for District 9 (Perth), who served the maximum three-year term as chair. During his time as chair, Brock was a respected voice for grain farmers and served as an important advocate for programs such as 4R nutrient stewardship, sustainability, and business risk management; he was an important advocate for grain farmers in policy discussions with our provincial and federal governments.

Elections took place during a Board of Directors meeting on Feb. 13.