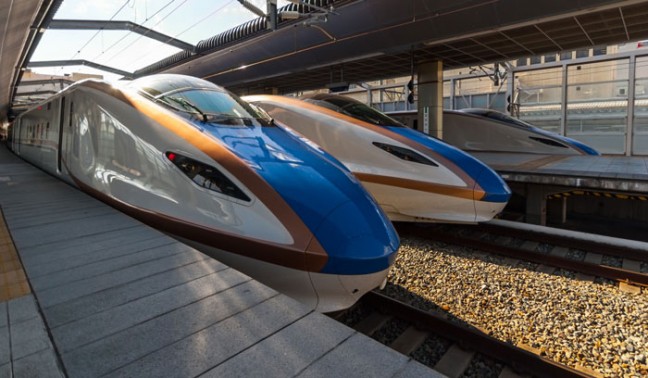 Ontario’s proposed high-speed rail offers nothing but problems for farmers and rural residents. The provincial government’s plan to connect Toronto to London by 2025, and eventually extend to Windsor by 2031, through a high-speed rail line is a contentious issue for the communities and landowners that will be affected. The line would create a new, permanent division across the province with its east/west fenced corridor, on expropriated farmland while eliminating wildlife corridors and natural drainage patterns.

The Ontario Federation of Agriculture (OFA) believes the proposed high-speed rail system will put farmers and rural Ontario communities at a serious disadvantage and the government’s intention to provide efficient transportation isn’t likely to provide a net benefit for Ontarians. It’s possible the high-speed rail will address the needs of those commuting to and from major urban centres, reinforcing Toronto as the only destination for major economic activity.

The proposed high-speed rail line also contradicts the recently revised Growth Plan for the Greater Golden Horseshoe that recommends the development of ‘complete communities’. These are communities where people can live, work, play and shop, all within close proximity, reducing the need for residents to travel long distances to urban areas.

OFA’s more specific concerns include land expropriation that will take 12 acres of prime farmland out of production per kilometre of track. It will cut some farms in half leaving restricted or no access to fields and barns across an impassible corridor with no level crossings. A fenced corridor running from Toronto to Windsor will literally divide the province. This corridor will also require municipalities to reinvent its infrastructure and plans for emergency services, school bus transportation, farm equipment mobility and personal travel.

At an estimate of $21 billion to build the full high-speed rail line from Toronto to Windsor, the price alone isn’t sustainable. Given the magnitude and the costs of the changes the proposal would invoke, OFA is calling for a comprehensive economic analysis of this project – including the costs to residents, landowners, farmers and businesses that will need to be relocated or adjusted as a result of land expropriation.

OFA agrees that fast, efficient and cost-effective public transportation is vital to both rural and urban Ontario. Improved rail transportation is one piece of a comprehensive, integrated transportation system for all of Ontario that could reduce greenhouse gas emissions, create more efficient travel time for commuters and require less highway expansion. That’s why OFA also supports the analysis of alternative transportation opportunities to meet these goals, including high-performance rail lines that would use existing railway track and eliminate the need for a permanent fenced corridor.

The government’s current proposal for a high-speed rail line is not adding up to a net benefit for Ontario, not by a long shot. A high-speed rail line connecting Toronto to Windsor will impose significant and potentially devastating costs and consequences now and for future generations. OFA simply calls for a real study of the costs and benefits to ensure we have transportation that makes sense. We have nothing to lose by being practical and everything to lose if we’re not.