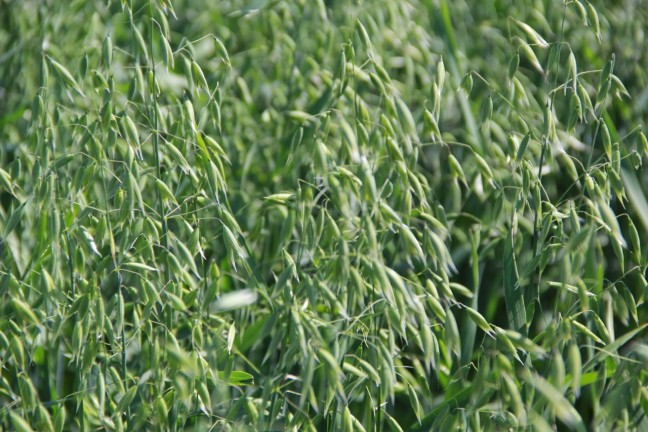 Field activity continues in full gear as soils become fit for fieldwork. Many areas received some rainfall over the weekend (May 12-13), with areas of Kent and Essex catching heavier bands of rain that left over 100 mm in a few locations. As it happens every year a few areas of the province have nearly completed planting, while areas with heavier soils wait for decent planting conditions to occur.

Fields that were planted to cover crops last fall – both fall and spring terminated – have required more tillage than fields without cover. A mat of residue kept soils wet and cold and delayed planting in those fields.

The winter wheat crop continues to advance (Zodak stage 30 to 37), although “tile-run” wheat is evident in areas with significant rainfall. Final nitrogen application, as well as herbicide and fungicide applications continue. To date, disease pressure remains low in Ontario with field scouts continuing to be on the lookout for stripe rust. Red clover seedlings have emerged.

The majority of the crop has been planted, and early planted fields have emerged uniformly. Many have been under-seeded to forages. New seedings of forage acres and annual forage acres are expected to be increased to replace forages that were stressed during the dry season in 2016 and wet season in 2017.

Significant growth over the past week has many fields nearing bud stage. First cut will begin late next week (May 26) for 4-cut fields. Alfalfa weevil damage is starting to appear in some fields, although relative to other years very little damage is evident so far and weevil are still very small.

As feeding increases, leaves are skeletonized and portions of the field can take on a grayish tinge. The best management for fields where weevil feeding is evident is to harvest. For early harvested 1st cut fields, scouting should occur to ensure weevil are not feeding on the new growth.

As of May 17th about 75% of the crop is in the ground, although there are areas of heavy soils where almost no corn has been planted. Corn planted at the beginning of May has started to emerge. Corn planted now is being planted into warm soils and emerging rapidly. Annual weed emergence continues to push for herbicide applications to match the stage of weed and corn growth.

Soybean planting is about 10 to 15% complete, although very few no-till beans have been planted to date.

Planting of canola continues in Bruce, Grey, Wellington, with estimates that 20% of intended acres will still be planted. Canola planted in early May is emerging now. Mid-May is probably the latest canola should be planted in order to avoid swede midge damage, and to avoid hot temperatures during flowering. Growers last year had good crops where they were planted into June, and may push the planting date later in northern regions.

Canola acreage is expected to be up in Northern Ontario with fields in the Timmins area already planted and planting in the Temiskaming area is underway.

Manure application continues ahead of corn planting to maximize nutrients. There has been increased interest in in-crop application. In a wet spring, it can be advantageous to plant corn and then apply manure into the standing crop as a side-dress application. Liquid manure with high ammonium N content is best suited for side-dress applications. Researchers in Ohio studied how long the drag hose can safely apply manure into an established standing crop before having a negative effect on corn population and yield. Study results to date indicate that V3 stage of corn – 3 leaf collars is the safe limit for drag line application.