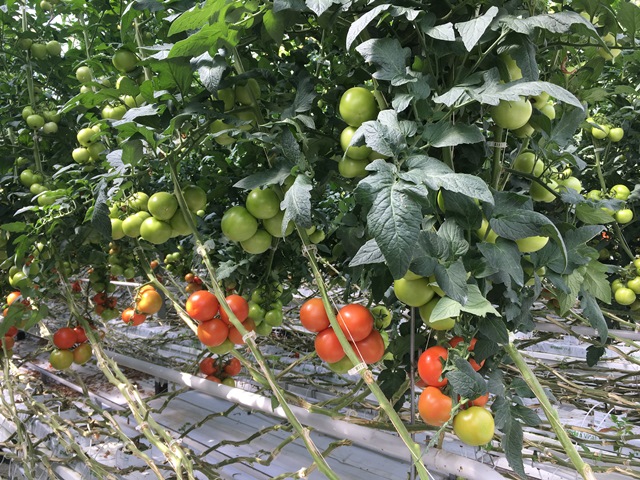 Ontario’s greenhouse sector has made significant advances in water, nutrient and energy technology to manage the year-round, high-efficiency production of crops like tomatoes, peppers, herbs, berries and a wide variety of green vegetables.

Yet, despite its positive environmental track record, the sector remains a high user of plastic, especially in the form of small clips that support tomato plants in the greenhouse. Those clips are an integral part of greenhouse tomato production but often end up in landfill because they can contain tomato vine residues.

Now, new research at the University of Guelph aims to substitute plastic clips with bio-based biodegradable ones – enabling easier composting of tomato vines and other crops at the end of their lifespan, reducing landfilling and lowering the greenhouse sector’s carbon footprint.

“Currently, polypropylene is the main plastic used to produce these support structures, but this is a petroleum-derived plastic that is non-renewable and non-biodegradable,” says Prof. Manjusri Misra of the University of Guelph’s biological engineering and plant agriculture departments.

“At the end of a growing season, when greenhouse crops are harvested and the plants are removed to allow for replanting for the next season, the polypropylene plastics contaminate the organic waste that is collected for composting,” she says.

Greenhouse workers separate the small plastic parts from plant waste, but according to Misra, that process is tedious and impractical and is both physically and financially difficult for greenhouse operators to manage.

Misra’s team is addressing the problem by developing comparable supports made from plastic components that can be composted along with the plant, using bio-based, renewable materials, beginning with tomato clips.

“Our clips are made with a new biocomposite resin that combines biodegradable plastics with agricultural residues, such as soy hulls or oat hulls,” says Misra. “The resin must provide the same form and function as traditional plastic, with a competitive price.”

“Tomato clips seemed like a logical place to start,” says project co-investigator Prof. Amar Mohanty, Director of the Bioproducts Discovery and Development Centre at the University of Guelph and a professor in plant agriculture and engineering.

Next, Misra’s team will focus on optimizing the formulation to achieve the best balance of cost and performance in order to have a competitive and commercially successful product.

The project is supported by the Ontario Ministry of Agriculture, Food and Rural Affairs – University of Guelph Gryphon’s LAAIR program, Agriculture and Agri-Food Canada and Competitive Green Technologies.