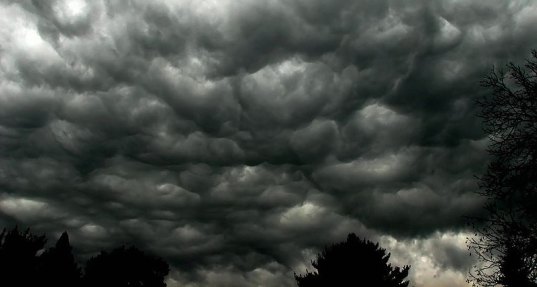 Parts of Ontario are experiencing a summer with wide swings in precipitation levels this year, says a provincial agronomist.

Dale Cowan, senior agronomist for AGRIS and Wanstead Coops, says rain has been incredibly sporadic. In July, it was not unusual for one field to receive two millimetres of rain and another field a few kilometres away receive 155 millimetres.

“We have a rainfall distribution problem,” Cowan says. “We’ve only had one gentle, even rain since the end of June. Instead, there’s been pop-up thunderstorms and pockets of rain.”

As well, he notes, hail hit some fields during the last couple of weeks. It was what he describes as mostly soft-falling hail, not wind-driven hard into crops, although some isolated areas were hit hard, with crops stripped of their leaves.

Despite these weather variables, Cowan is optimistic about corn and soybeans in the southwest. This planting season, the region started out wet, and late. However, when corn was eventually planted, it benefitted from the high heat and rain that followed.

As a result, Cowan predicts the corn crop will be average or above average, as will be soybeans.

However, winter wheat is another story. Yield-wise, it will be an average or below average crop, although it’s expected quality won’t suffer as much as was feared in the spring.

Bill McDonald, who farms southeast of Thamesville, experienced much of what Cowan describes as this year’s typical growing season conditions.

Because of the weather, he expects his wheat crop yield is off about 10 bushels per acre. That’s despite heavy seeding, ample nitrogen and two fungicide applications.

However, with prices being up due to global shortages (caused by the European drought), McDonald figures his gross income will be above average.

And as for corn and soybeans, he didn’t plant at all during April or much of May. The right combination of heat and rain followed, however, and now his corn is what he calls “picture perfect.” McDonald says the crop is off to a solid start.

Agriculture and Agri-Food Canada’s Agroclimate Risk Team continuously creates new maps and improves existing ones to help farmers during the growing season. The maps easily illustrate soil moisture trends, drought, livestock feed shortages and the impacts of flooding on farms across the country.

During the growing season, scientists use over satellite images, study weather data, talk with provincial and local government agencies and listen to farmers’ personal accounts to analyze and develop the maps. In the winter, they plan for the upcoming year, tweaking their products and recruiting agroclimate impact reporters from across the country.

“We really rely on farmers being able to tell us what’s happening on their farms and how the weather is affecting them over the growing season,” says Patrick Cherneski, national agroclimate information service manager for AAFC. “The data are pooled so we can get an overall understanding for the regions and the country.”

An overview of all the climate-related tools and maps available on line at the Agriculture and Agri-Food Canada website.