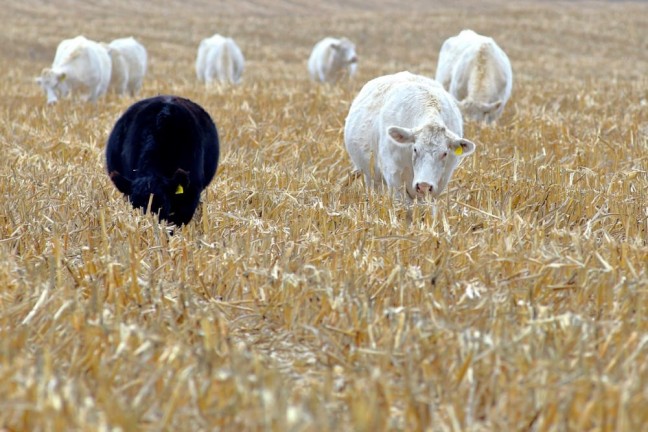 Some long-awaited relief is on the way for Ontario livestock farmers with the promise of changes coming to the Ontario Wildlife Damage Compensation Program (OWDCP). Predators are a constant threat to farm animals, especially cattle and sheep, and the current compensation process was an aggravation for Ontario farmers.

On September 10 the Honourable Ernie Hardeman, Ontario Minister of Agriculture, Food and Rural Affairs (OMAFRA) announced his government’s commitment to program improvements in the coming months, in consultation with industry stakeholders. One change that’s effective immediately is the Farm Business Registration (FBR) eligibility change. This was a frustrating technicality for claims submissions, and now Ontario farmers who pay their FBR registration by September 1 will remain eligible for claims.

The Ontario Federation of Agriculture (OFA), along with the Beef Farmers of Ontario (BFO) and Ontario Sheep Farmers (OSF) have been asking for changes to the OWDCP for a number of years and are encouraged by the Minister’s announcement. OFA has heard the frustration that members have experienced, and we’ve submitted suggested revisions to the Ontario government as recent as earlier this year. OFA, along with BFO and OSF, also participated in OMAFRA-led program evaluation focus groups held earlier in 2018.

Our recommendations include expanding the acceptable evidence of damage, including a new OMAFRA extension service for cases in question and shortening the amount of time an investigator must respond to a claim inspection. OFA believes revisions also need to be made to the appeals process, along with the Fair Market Value formula used to determine compensation levels. Farmers are always proactive about predator prevention, and OFA also recommends program funding to implement preventative measures.

OFA is encouraged by the direction of the government’s proposed changes to OWDCP, but the final details have yet to be determined. We will continue to work closely with the government as revisions are made and throughout the proposed consultation process. Ontario farmers must be heard throughout this process. OFA encourages members who have concerns or suggestions to improve the program to contact OFA directly.