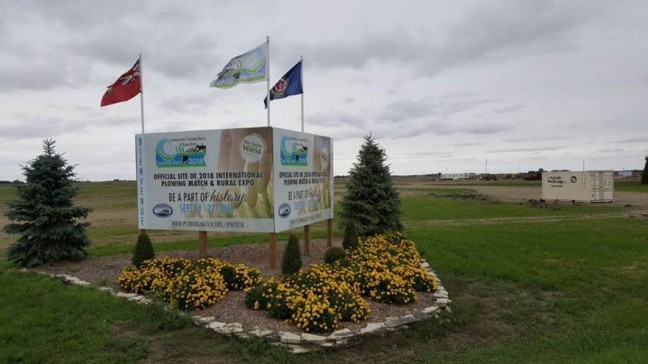 The International Plowing Match (IPM) was held here in Chatham-Kent from Sept. 18-22 and was a huge success. Close to 80,000 people went through this massive showcase, and thousands of those people were from outside Chatham-Kent. We really did put a great show on for everyone!

There were so many activities and events happening during that week. One of the highlights was the crowning of the Queen of the Furrow and the Princess of the Furrow.

This year there were 25 young women from across the province competing for the title of Ontario Queen of the Furrow. They competed over three days at the match (Wednesday to Friday) in the following categories: Appearance and Deportment, Plowing, Interviews and Speeches.

Additionally, the top five contestants answer an impromptu question at the Celebration of Excellence Gala, where the new Queen is ultimately crowned.

A panel of three judges travel with the contestants over the entire competition. This was of course supplemented by fun activities and learning about Chatham-Kent’s rich agricultural history. A few of the activities this year were TJ Stables, Truly Green Farms, Chatham-Kent Museum, Chatham-Kent Black Historical Society, Paper Pickle and more.

The IPM Princess of the Furrow Program began only last year at the 2017 IPM in Huron County, with Chatham-Kent hosting the second princess competition. There were 13 contestants this year who competed for the title. The components of their competition are a speech and interview with the top three answering an impromptu question. This program gives the young women a taste of the Queen of the Furrow program with hopes that they will one day compete at the Queen level. It is also a chance for contestants to meet new friends from across the province.

Next week, we will meet the two amazing young women who represented Chatham-Kent so well for the Queen of the Furrow and Princess of the Furrow competition at the recent IPM.

Kim Cooper has been involved in the agribusiness sector for over 45 years.

« Sweet Potatoes – A Nutritional Powerhouse THE SOUTHWEST AGRICULTURAL CONFERENCE: THE ROAD AHEAD »