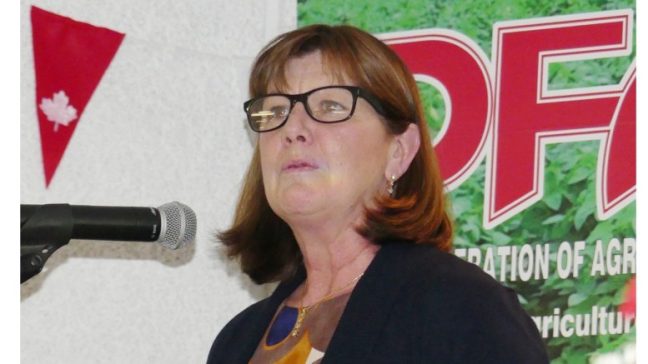 When the provincial government proposes new legislation or changes to existing regulations that could impact Ontario agriculture, the Ontario Federation of Agriculture (OFA) evaluates the fine print and prepares an official response to government. These responses form the basis of our position on the issues raised.

OFA’s team of eight farm policy researchers are constantly reviewing government activities to assess the impact that regulatory changes may have on the agri-food sector and rural communities. It has been a busy year so far with official OFA submissions to various provincial government ministries to ensure that the voice of agriculture is heard and considered in any regulatory and legislative changes.

We have submitted written responses to the government on issues ranging from increasing housing opportunities in Ontario to clean fuel standards to the government’s proposed made-in-Ontario environment plan and Bill 66.

OFA submissions reiterate the tremendous value that Ontario’s agri-food sector and rural communities contribute to the provincial economy. And to remain competitive and poised for growth we urge the government to prioritize and protect farmland from development. OFA strongly and successfully opposed the government’s open-for-business planning tool that would undercut decades of land use planning. We also disagree with the government’s position that a lack of land is behind the urban housing problem. Removing farmland for development is short-sighted.

The government’s environment plan must recognize the ecological goods and services that farmland provides – for the benefit of all Ontarians.

Bill 66, Restoring Ontario’s Competitive Act, 2018 aims to reduce red tape and regulatory burden across several existing acts. OFA is a strong advocate for reducing unnecessary red tape. We continue to urge the government to consider the implications that any and all regulatory changes will have on the agri-food sector and rural communities.