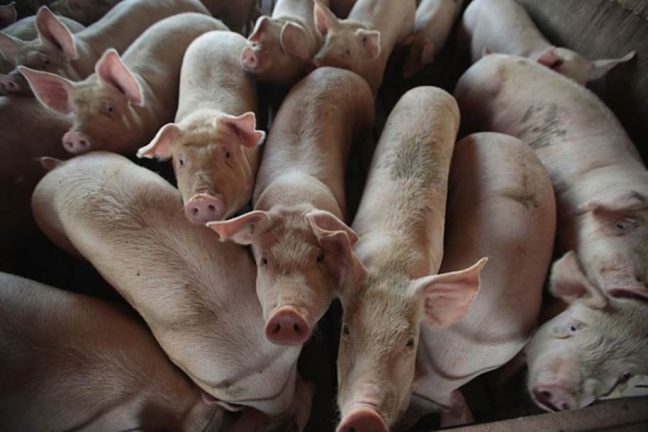 on May 14 | in Kim Cooper | by KIm Cooper | with Comments Off on Pork The World’s Most Consumed Meat, And Other Things You Didn’t Know About Agriculture

Let’s look this week at some interesting facts on farming that you might not know.

Did you know that greenhouse gas is not actually gas coming from a greenhouse? It is a series of gases like methane and carbon dioxide, which act as a shield that traps heat in the Earth’s atmosphere, much like the way a greenhouse retains heat.

About 30 per cent of Canada’s agricultural land is too hilly, rocky, cold, or wet to produce crops. But it can support grazing livestock, which don’t compete with people for food grains. In all, about 80 per cent of the feed consumed by cattle, sheep, goats, and horses could not be eaten or digested by humans.

Pork represents over 40 per cent of total meat consumed and is the world’s most widely eaten meat.

Agriculture includes science, technology, and engineering. It is the genetics work used to improve the seeds and the animals that farmers purchase. It is the development, design, production and sales of everything farmers use – tractors, equipment, buildings, fertilizer, and more.

Soil is made of three things – sand, silt, and clay. On their own, each has its benefits and challenges, but

when mixed together to what is called a loam soil, they create a perfect growing environment for plants. The texture of the soil, how it looks and feels, depends upon the amount of each one in that particular soil.

In all provinces across Canada, a voluntary program called the Environmental Farm plan is helping farmers audit their operations for environmental concerns, as well as helping them set goals and timetables for improvements. In Ontario, around 70 per cent of our farmers have participated and have invested over $600 million in on-farm environmental improvements over the last 20 years.

If you drove your car from Charlottetown, PEI to Vancouver, BC you would use 540 litres of ethanol, produced from one-third of an acre of corn land, which is about the size of a Canadian football field. And with ethanol being a form of renewable energy, it emits less carbon dioxide than gasoline.

Many farmers today rely on precision agriculture through satellite-controlled guidance through GPS on their tractors and equipment to manage their fieldwork, including planting, nutrient and crop protection application, and harvesting. It helps reduce fuel consumption, and helps farmers ensure more efficient use of nutrients, seeds, and crop protection products.

Agriculture is so amazing and so quickly changing. The next five to 10 years will bring monumental changes to the farming world.

Remember that here in Chatham-Kent ‘We Grow for the World’. Check out our community’s agriculture website at www.wegrowfortheworld.com