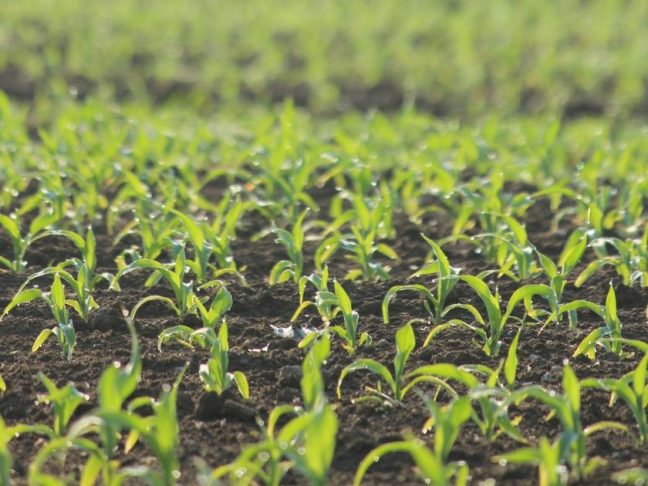 on June 21 | in Ag News | by Jodie Deprez | with Comments Off on USDA FORECASTING HUGE STOCKPILES OF NEW CORN, SOYBEANS AND WHEAT

In its first outlook for the 2019-20 marketing year, the United States Department of Agriculture projects larger ending stocks for U.S. corn and wheat and slightly lower stockpiles of soybeans.

According to the May 10 World Agricultural Supply and Demand Estimates (WASDE) report, U.S. ending stocks of corn are up 390 million bushels from last year to 2.485 billion. If realized, the amount would be the highest since 1987/88.

The 2019-20 corn crop is projected at 15 billion bushels, up from last year and the second largest on record behind 2016/17 as an increase in the area more than offsets a reduction in yield. With beginning stocks down from a year ago, total corn supplies are forecast record high at 17.2 billion bushels.

Total U.S. corn use in 2019/20 is forecast to rise relative to a year ago as greater domestic use offsets a slight decline in exports. Food, seed, and industrial use is projected to rise 50 million bushels to 7 billion. Corn used for ethanol is projected to increase 1 per cent from a year ago, based on expectations of modest growth in motor gasoline consumption, a slight decline in ethanol’s inclusion rate into gasoline, and larger exports.

U.S. corn exports are forecast to decline 25 million bushels in 2019/20, despite larger world corn trade. Increased exports out of Argentina and Brazil during 2018/19 (local marketing years beginning March 2019 and ending February 2020) are expected to limit U.S. exports during the first half of 2019/20.

U.S. soybean exports are forecast at 1.95 billion bushels, up 175 million from the revised forecast for 2018/19. Despite limited growth in global soybean import demand, U.S. export share is expected to rise to 35 per cent from the 2018/19 record low of 32 percent on higher supplies and competitive prices.
Wheat

Ending stocks for 2019/20 are projected 14 million bushels higher than last year at 1.141 billion. The 2019/20 U.S. wheat crop is projected at 1.897 billion bushels, up less than 1 per cent from last year as a higher yield more than offsets reduced harvested acreage.

Total 2019/20 domestic use is projected up 5 per cent with increases in all usage categories. Exports are projected at 900 million bushels, down 25 million from the revised 2018/19 exports.