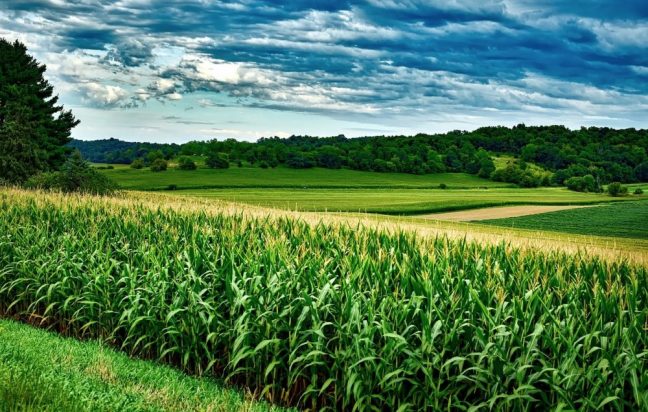 on July 15 | in Ag News | by Jodie Deprez | with Comments Off on CHARCOAL NATURAL SOLUTION TO CROP FERTILIZER POLLUTION, U OF G STUDY REVEALS

From the University of Guelph News

Charcoal may be the solution to reducing ammonia pollution and lowering greenhouse gas emissions from fertilizer for crop plants, according to a groundbreaking study by a University of Guelph soil scientist.

U of G professor Adam Gillespie, along with Cornell University researcher Johannes Lehmann and other co-authors, discovered that naturally occurring charcoal in the soil could sponge up nitrogen.

Published recently in Nature Communications, the study points to a new way to create slow-release fertilizer, helping to grow more food while preventing excess nitrogen from fouling surface and groundwater.

Contained in many farm fertilizers, ammonia provides a ready source of nitrogen for plants. Human-derived ammonia emissions have grown, notably in agriculture.

Ammonia in excess fertilizer can turn to other reactive forms such as nitrates, which can foul groundwater, as well as nitrous oxide, a potent greenhouse gas.

The researchers made the surprising discovery that the compound binds with soil charcoal or biochar. Created when organic matter burns incompletely, as in forest fires, untold amounts of biochar are found naturally in soils worldwide.

“We used to think that ammonia did not bind strongly with anything,” said Gillespie, School of Environmental Sciences. “But ammonia forms a new chemical compound with charcoal rather than sticking to the surface.”

In the lab, his Cornell colleagues altered the chemical form of biochar’s surface to mimic natural changes over time. They added ammonia and looked at how much nitrogen was retained by the biochar.

They found that biochar sponges up ammonia.

To look more closely at that chemical interaction, they tested the material at the Canadian Light Source at the University of Saskatchewan, where Gillespie worked at the time.

His tests at the particle accelerator showed that strong bonds formed between the nitrogen from the ammonia and the carbon in the biochar.

Based on these findings, Gillespie said researchers might devise ways of using naturally occurring soil charcoal to bind ammonia.

That would provide a kind of one-two punch in mitigating greenhouse gas production.

Organic biochar already locks up carbon in the soil, preventing its release to the atmosphere, said Gillespie, who arrived at U of G in fall 2018.

Now it might be used as well to bind potential nitrogen-based forms of greenhouse gas, he added. “We could use charcoal to clean up pollutants.”