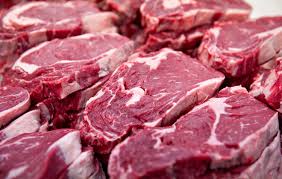 At the Ontario Pork Congress in Stratford last week, the mood was positive, not only among the producers but the support industry as well. Pork prices are currently high and are expected to stay that way for a significant stretch of time. Why? The African Swine Fever disaster in China, the world’s largest pork consumer.

The devastation in China is real, and people’s lives and livelihoods have been deeply affected. In no way do we want to see a national industry struggle with this disease or any other disaster. North America at this time does not have any indication of the disease but is working to prevent it and making plans to control it, should it appear.

Speaking last week, Al Mussell, chair of Ontario Pork Industry Council, commented that this would become a meat supply issue, not just a pork issue. As people choose other types of meat, there will be pressure on supply for all meats. He reminds us that this is a temporary situation, although it may be an extended one, perhaps lasting up to five or even ten years. He compared it to the 1972 Russian wheat failure, which was a major crisis and affected markets until 1978, including the American embargo on many other crops.

So, the question is, how much risk can we take based on this specific issue? The opportunity for investing is there if you can finance it in that time frame. Just remember this could end as hog production in China recovers, evolving to a much healthier, efficient and productive industry.

Suppliers are seeing evidence of people preparing to invest, which is good news; what is needed in Ontario is more processing; driving large cuts of pork to the U.S. and buying it back in smaller  packages as processed meat is not a sustainable business plan. With Maple Leaf building in the U.S. rather than Ontario, we need to work with governments to change the culture or business environment here, so processing happens here. The recently released federal Food Policy for Canada does not give a lot of attention to the processing sector, which is disappointing.

All things considered, the outlook is encouraging for pork. There may be opportunities for growth, despite this week’s ban by China, but it needs to involve the whole industry. Working together as producers, suppliers, marketers and processors, the pork industry has an opportunity to have a greater presence in the world meat market.